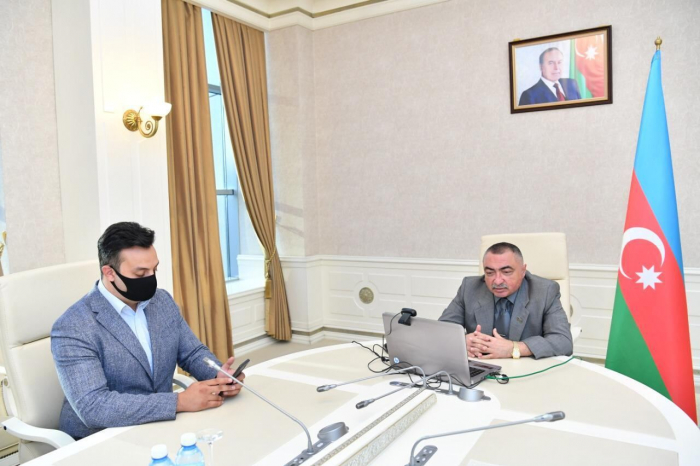 Members of the working group of Azerbaijan’s parliament on inter-parliamentary ties held an online meeting with their Ukrainian counterparts, AzVision.az reports citing Trend.

Greeting the meeting participants, Rufat Guliyev, head of the working group, noted that Azerbaijan has historically supported and continue to successfully maintain friendly relations with Ukraine.

He pointed out the special role of the parliaments in deepening the bilateral ties.

"Within the [Azerbaijani] parliament, working groups for relations with the legislative bodies of various countries of the world, including Ukraine, are functioning," he said.

Guliyev added that the value of trade between the two countries over the past seven months of the year amounted to $519 million.

It was noted that currently, more than 550,000 Azerbaijanis live in Ukraine, actively participating in the social and political life of this country, and up to 30,000 Ukrainians live and work in Azerbaijan.

Co-Chairman of Azerbaijan-Ukraine Friendship Group at Ukraine’s Verkhovna Rada (Parliament) Vladimir Kreydenko noted that his country is interested in developing ties with Azerbaijan as the leading state in the South Caucasus, pointing out the important role of the two states’ inter-parliamentary cooperation.

"The group of friendship with Azerbaijan functioning in the Ukrainian parliament is considered the largest, and it includes 51 MPs," he said.

On behalf of the Ukrainian side, MPs Alexander Feldman and Gabriel Mikhailov, representative of the Kharkiv city council Viktor Rud and Director of the Institute of International Education of Kharkiv National University Alexey Navrotsky spoke at the meeting.

The discussion participants exchanged opinions on the expansion of inter-parliamentary ties between the two countries, the prospects for the further development of bilateral relations in the economic, cultural, humanitarian, social, educational spheres as well as on resolving regional conflicts, combating the coronavirus pandemic and others. 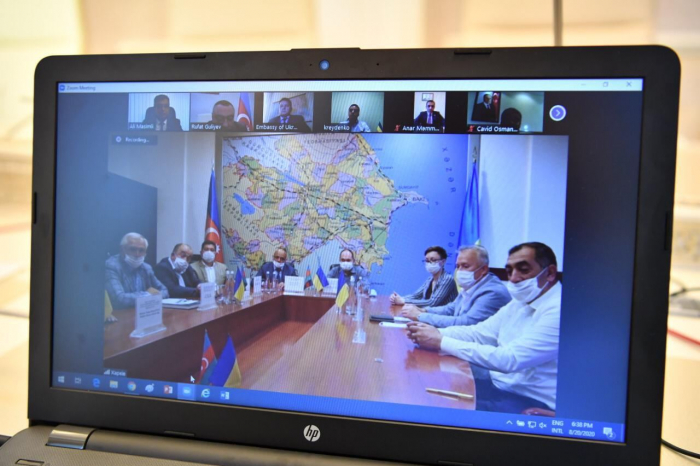