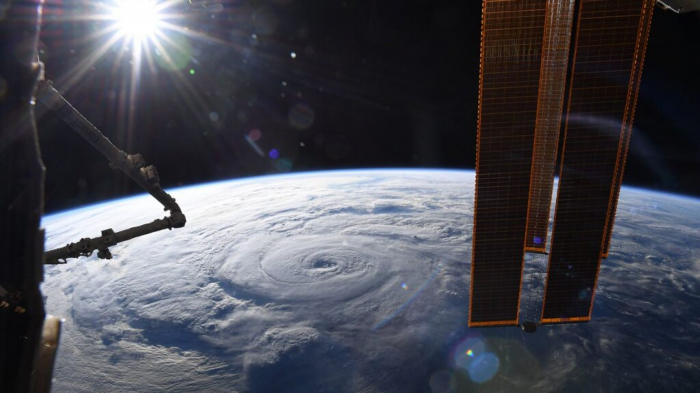 NASA astronaut Chris Cassidy has captured stunning pictures of hurricane Genevieve from his vantage point on the International Space Station.

Cassidy, the space station commander, tweeted the images on Wednesday.

Hurricane Genevieve lost some of its punch as it passed the southern end of Mexico's Baja California Peninsula on Thursday, though it still lashed the tourist region with hurricane-force gusts and heavy rains.

Genevieve had been a powerful Category 4 hurricane with winds of 130 mph on Tuesday, but weakened to Category 1 strength as it pushed past the Los Cabos region, the U.S. National Hurricane Center said.

A U.S. Navy Captain, Cassidy spent 11 years as a member of the Navy’s SEALs Team earlier in his career. He was picked to be a NASA astronaut in May 2004.

Cassidy recently bid farewell to his fellow NASA astronauts Doug Hurley and Bob Behnken in their historic mission to the ISS. Hurley and Behnken splashed down in the Gulf of Mexico in a SpaceX Crew Dragon spacecraft Aug. 2, ending their two-month trip to space.

The mission marked the first time that astronauts have launched from American soil since the final Space Shuttle flight in 2011.