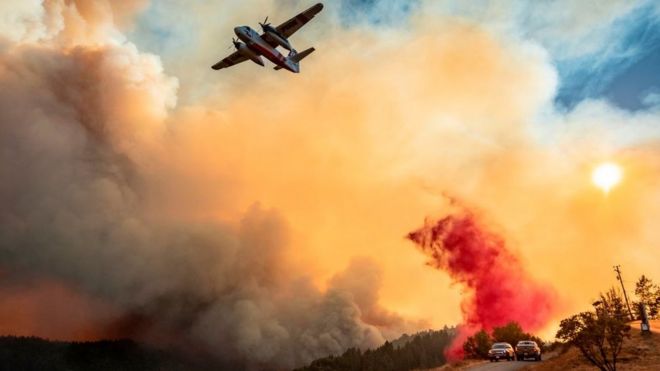 US President Donald Trump has declared that wildfires burning through homes and devastating precious forestry in California are a major disaster and he has released federal aid, AzVision.az reports citing BBC News.

At least six people have died and thousands have evacuated.

Most of the destruction has been caused by three large fires complexes in mountainous and wooded rural areas.

On Saturday Governor Gavin Newsom said the SCU Lightening Complex fire south and east of San Francisco is the third-largest in California's history.

Video tweeted by the governor showed burnt tree stumps against the reddened fumes-filled sky and plumes of white smoke rising from ash-laden ground.

An evacuation order on Saturday extended to thousands of people in the Bay area near San Jose and warned others to be prepared to abandon their homes at short notice.