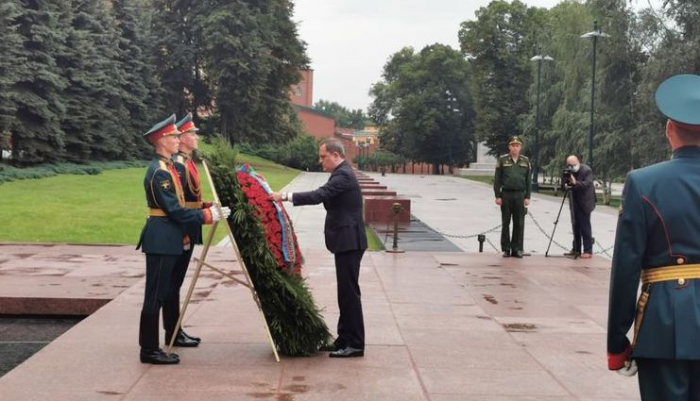 Minister of Foreign Affairs of Azerbaijan Jeyhun Bayramov, who is on an official visit to the Russian Federation, has visited the tomb of the unknown soldier in the Alexander Garden in Moscow.

During the visit, the Azerbaijani minister will hold meetings with Russia’s high-level officials.