Does worrying have any benefits? 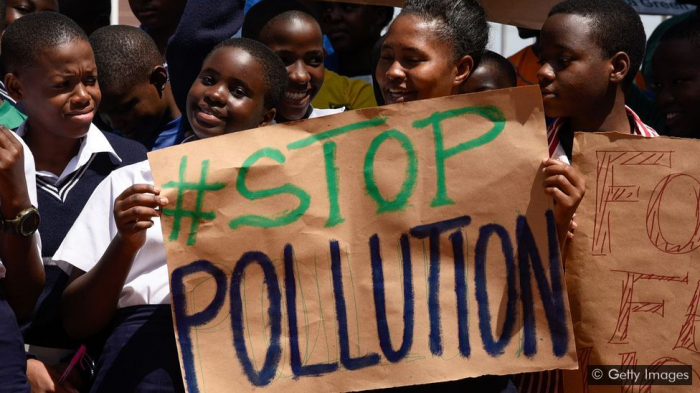 Anxiety can be exhausting, but there is often a reason for it – and there are some surprising benefits to certain kinds of worrying.

“I’m a near-professional worrier,” admits Kate Sweeny ruefully. She’s struggled for much of her life with anxiety over things she can’t entirely control – including, these days, whether her parents are following social-distancing guidance during the Covid-19 pandemic.

A constant hum of low-grade worry affects many people, but what’s distinct about Sweeny is that it partly motivated her career choices. As a health psychologist at the University of California, Riverside, she specialises in understanding worry and stress.

“Not everybody uses their own life as fodder for research,” she laughs, but she’s found inspiration in her own experiences. One of her surprising findings has been that worrying can be beneficial in a variety of situations, from waiting for exam results to safeguarding health.

Worry has been defined in both negative and neutral terms. Psychologists studying climate change have described it as an emotional state that often motivates behavioural responses with the aim of reducing a threat. What separates worry from general concern is both its emotional nature and the fact that it gears people up for change.

However, psychologists have also defined worry as emotional experiences involving unpleasant and persistent thoughts about the future. Undeniably, there are many harms from worry. Some researchers argue that there’s a “finite pool of worry”, for example, so anxiety about one matter can inhibit concern about others.

Extreme levels of worry are associated with poorer mental and physical health, for reasons ranging from disrupted sleep to avoidance of cancer screenings. Extreme, abstract and automatic worry – which is frequent and hard to control – is associated with generalised anxiety disorder. “Worry that has become generalised to lots of different concerns is more likely to be unhelpful and problematic than worry focused on a specific discrete concern,” says Edward Watkins, a clinical psychologist and mood disorder researcher at the University of Exeter.

But at a more moderate, localised level, worry can be useful. In Australian states prone to wildfires, for instance, researchers have found that constructive worry is associated with wildfire preparedness (as well as being on time). It’s been correlated with better academic performance and more attempts to quit smoking. And one study found that worry about climate change was the single strongest predictor of support for climate policies (suggesting that it may be more effective for environmentalists to appeal to the public’s worries rather than their fears). Since worry is future-focused, compared to rumination about the past, there’s great potential for it to be adaptive.

Watkins outlines three mechanisms for this. “First, by worrying about something, we are more likely to think of reasons to take action and be motivated to do something. Second, worry acts as a reminder to do things – in effect the unresolved uncertainty or concern keeps coming to mind as a mental process to make sure we try and tackle it… Third, worry can involve effective preparation, planning and problem-solving.”

This is clear from the range of emotions that come with caring deeply about the climate crisis, for example. Climate burnout can inhibit action, and climate anxiety can lead to psychic numbing. But understanding, curbing and redirecting these can also galvanise change.

Sweeny points out that like any emotion, worry has a function. “It’s a signal. It’s essentially pointing us towards something that might be coming and it’s drawing our attention there. It’s motivating us to ideally prevent the bad thing from happening or at least prepare for it.”

The steps to worrying better

Part of what makes Covid-19 so emotionally draining is its uncertainty. Constructive worry is easier when dealing with a specific timeframe. For example, the 2016 US presidential election fuelled Sweeny’s political worries. Two years later, in advance of the mid-term elections, she channelled those fears by writing over 500 postcards encouraging people to vote.

Her research on maintaining wellbeing, when waiting for a potentially negative outcome, suggested that she could mitigate the worst effects of worry if she aimed to stay positive during the campaign period, and then, on election day, bracing herself for the worst. Up until the moment of truth she was able to “find a job for worry”, as she puts it.

Of course, many people may be worried for good reasons about forces they can’t control. But in these situations, understanding that worry doesn’t have a job to do, can help to defuse it. Sweeny describes a three-step process for channelling worry and redirecting it if necessary:

1. Label the worry.
2. Run a mental checklist of possible actions to deal with the problem.
3. If all possible actions have been taken, try to get into one of the states that reduce worry, like flow, mindfulness and awe.

Sweeny says that flow has been especially useful for coping with the stresses of Covid-19. Flow is a state of absorption with moderate challenge and a means of tracking progress – “zoning in” rather than “zoning out”. In Sweeny’s and colleagues’ preliminary research on the mental wellbeing of Chinese people not yet quarantined, flow was associated with reduced loneliness and more health-promoting behaviours. Although mindfulness has been associated with a great many (perhaps too many) benefits to wellbeing, mindfulness was actually linked in the Chinese study with more loneliness and less healthy activity. Sweeny believes that this is because flow provides “exquisite distraction”, allowing for time to fly, while mindfulness forces attention to ongoing uncertainty. One takeaway may be that mindfulness is more useful in tough but short-lived situations, while getting into states of flow is more adaptive when there’s no finish line in sight.

Flow is an individual matter. Gardening leaves Sweeny cold, though she’s reached a 500-day streak on her language-learning app, and even finds herself nerdily turning to the data analysis she loves when she wants to reach a state of flow. These, like more challenging types of gaming, are examples of intrinsically rewarding activities with measurable progress that help people get into a state of flow.

According to Watkins, who has updated his tipsheet for increasing wellbeing during the pandemic and is evaluating a wellbeing app for young Europeans: “The existing literature would predict that moderate worry about coronavirus coupled with understanding and belief that social distancing works would lead to increased adherence to guidelines. In contrast, excessive worry or worry about a range of concerns may make it harder to take effective action.”

The upshot of this is that someone worried about returning to the workplace, for instance, should plan in concrete detail how they can reduce risk on their commute and maintain social distancing, rather than stressing over what could go wrong. “The former will help them to prepare and plan and feel more in control, whereas the latter would lead to more catastrophic fears and imagining the worst and increased anxiety,” Watkins explains.

Specific recommendations from Watkins’ tipsheet and other psychologists’ research include the importance of maintaining some kind of routine, checking in with loved ones and communities, and finding ways to turn worry into empathetic concern for others.

As Sweeny considers how she’ll ease out of lockdown, she’s aiming for cautious optimism most of the time. But she’ll make time to reflect once a week or so on whether there are any threats or risks she should actually worry about more.

As for me, I’m trying to apply these insights from psychology and I've found inspiration in my favourite horror film, The Babadook. The monster in that film is a terrifying physical embodiment of grief. Unlike in most horror films, the protagonist realises that it would be both impossible and unhelpful to destroy the Babadook, because his presence allows her to mourn and remember. But it’s also unhealthy to give him free rein. Ultimately, she achieves a slightly uneasy balance with this creature.

Achieving a balance with worry may be a useful goal for many of us, even though it might always feel slightly uneasy.