Lebanon is in deep political and economic crisis, France warns 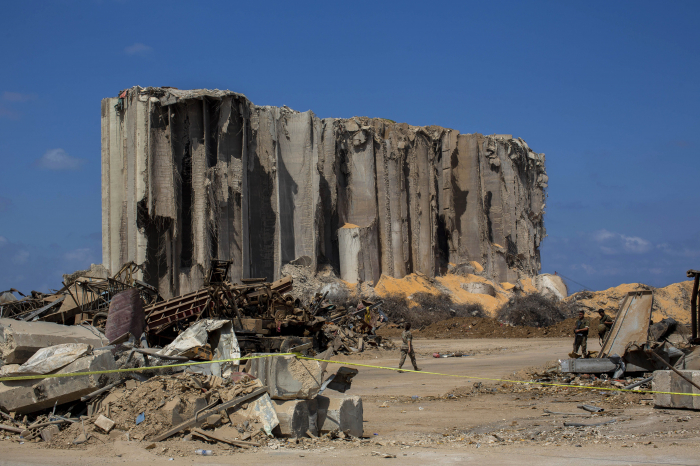 Lebanon is in such a deep political and economic crisis the country risks collapsing altogether, France’s foreign minister said Thursday, ahead of the French president's visit to the country next week.

Lebanon’s government resigned amid accusations of entrenched corruption and negligence after the Aug. 4 explosion that killed nearly 200 people, wounded nearly 6,000 and devastated entire districts of Beirut.

Western nations have been demanding major reforms in the tiny country in return for help and some countries have been sending aid directly to the people rather than state institutions notorious for corruption.

“This country is on the brink,” Foreign Minister Jean-Yves Le Drian said on RTL radio, citing growing poverty, unemployment and inflation. “The risk today is the disappearance of Lebanon” if it doesn’t urgently form a government and institute reforms.

Next week, President Emmanuel Macron is making a three-day trip to Lebanon, a former French protectorate. He will offer French support after the devastating port explosion earlier this month, but also ensure that millions in international aid go to those who need it.

“We will not sign a blank check for a government that does not implement reforms,” notably of public services and the banking system, Le Drian said.

Canadian Minister of Foreign Affairs Francois-Philippe Champagne, who is in Beirut, also said reforms are badly needed in the country adding that Canada is ready to take part in the investigation of the port blast.

So far 19 people, most of them port and customs officials, have been arrested, and are being questioned by prosecutors.

Champagne told reporters that he discussed with the outgoing defense minister an “understanding on the conditions that the Royal Canadian Mounted Police will participate in the investigation.” Two Canadian citizens were killed in the explosion.

He added that Canada is more than happy to work under conditions that “our assistance will give faith to the Lebanese people that this is an investigation that will go to the bottom of things.” He said the details are yet to be defined.

“This blast is the tragedy of all tragedies. It embodies all the tragedies that we have seen in decades in Lebanon,” Champagne said. “Impunity needs to cease, reforms need to take place and I would say leaders need to listen."