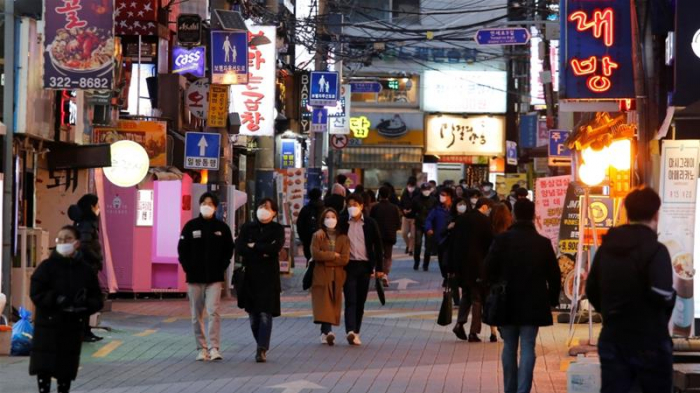 Authorities reported 371 new cases Friday, the 15th consecutive day of triple-digit increases after several weeks with numbers generally in the 30s and 40s.

Most recent infections have been in the greater Seoul region, home to half the country's 52 million people, and officials imposed tighter restrictions in the area from Sunday.

"The current situation in the capital area is very grave. The government will do everything it can in preventive measures to contain the spread," said health and welfare minister Park Neung-hoo at a press briefing.

Under the new rules, gyms and other indoor sports facilities such as screen golf venues will be closed.

Franchise coffee-shops -- a mainstay of daily life in South Korea -- will only be allowed to serve takeouts, and all restaurants and bakery shops will have to close at 9 pm, with only deliveries allowed afterwards.

Authorities had already banned in-person church services and rallies of more than 10 people, while sports events have gone back behind closed doors and almost all school classes moved online.