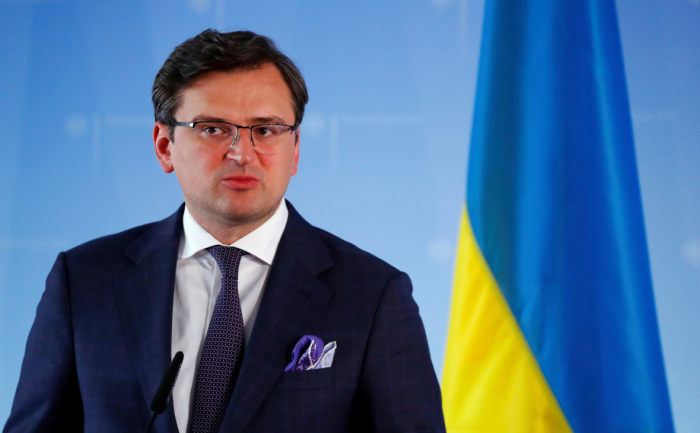 Foreign Minister of Ukraine Dmytro Kuleba stated about the stop of contacts of Kyiv with official Minsk as 1+1 TV channel reported.

“I officially declare: all contacts with the Belarusian side are frozen, put on pause,” the head of the Ukrainian diplomacy stated.

According to him, Ukraine made such a step, responding to the murder of peaceful protesters in Belarus.

“We joined the position of the EU toward Belarus,” Kuleba added.

On August 9, the clashes of the protesters with the law enforcers started in Minsk. The law enforcers used stun grenades and water cannons against the protesters. Later, it was reported that a man died during the protests. A young man received a fatal head injury. On August 10, protests against the results of the presidential elections were resumed in the Republic of Belarus, a flash-noise grenade exploded in the center of Minsk; journalists talked about three volleys at the intersection of Kalvariyskaya Street and Masherov Avenue.

On August 14, the Central Election Commission of Belarus announced the final results of the election. According to the commission, incumbent President of Belarus Alexander Lukashenko won the election.

As we reported, the European Union will adopt sanctions against Belarusian officials the next week. However, President Alexander Lukashenko is not included on the list.

As we reported, the EU aimed to impose new sanctions against Belarusian officials responsible for the brutal crackdown in the ex-Soviet state. The top diplomats from the bloc's 27 member states met on August 14 to review former restrictions against Belarus party leadership that the EU removed in 2016, citing progress in improving the rule of law.

Later, Members of the European Parliament did not recognize the results of the presidential election in Belarus. They released a joint statement, according to which, incumbent President Alexander Lukashenko is considered persona non grata in the EU.