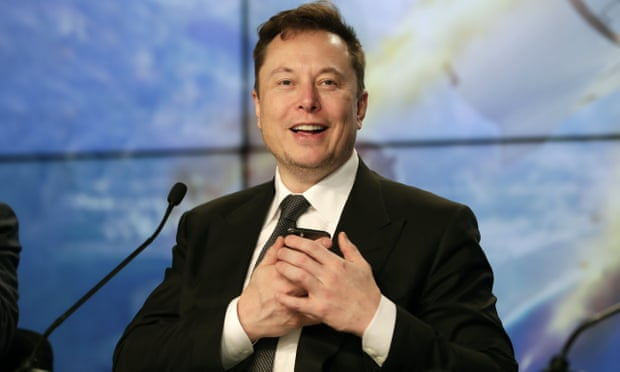 The tech entrepreneur Elon Musk on Friday unveiled a pig whose brain he says has been implanted with a small computer.

“We have a healthy and happy pig, initially shy but obviously high energy and, you know, kind of loving life, and she’s had the implant for two months,” Musk said of Gertrude, the pig.

The billionaire entrepreneur, whose other companies include Tesla and SpaceX, presented during a livestream event to recruit employees for his neuroscience startup Neuralink. He described Gertrude’s coin-sized implant as “a Fitbit in your skull with tiny wires”.

Musk co-founded Neuralink in 2016 with the goal of creating a wireless brain-machine interface, something scientists hope can help cure neurological conditions and allow people with paralysis to control a computer mouse.

In July 2019, Neuralink unveiled a design that involved implanting tiny electrode “threads” into the brain as well as another device behind the ear. The new device Musk described Friday is much smaller, does not require the visible ear device, and would be implanted in the brain by a surgical robot under local anesthesia.

The device is removable, Musk said, and he showed off another pig, Dorothy, whom he claimed had had one of the devices implanted and subsequently removed. “What Dorothy illustrates is that you can put in the Neuralink, remove it, and be healthy, happy and indistinguishable from a normal pig.”

While most of the near-term practical applications of wireless brain-machine interfaces are medical, Musk has also expressed a desire that such devices could help human intelligence compete with artificial intelligence, which he considers an “existential threat”. At Friday’s event, the entrepreneur made a number of outsize claims about the potential capabilities of the technology, including that it could be used to summon a Tesla, play video games, or allow a person with a severed spinal cord to walk again.

Musk did not present any scientific data to support his claims about the pigs or the devices.

Neuralink has raised more than $150m in funding, including $100m from Musk himself. The company employs roughly 100 people, but could soon expand to 10,000, Musk said at the event.

Musk also said that Neuralink had achieved FDA Breakthrough Device designation in July, a program that can help expedite the regulatory process for products “that provide for more effective treatment or diagnosis of life-threatening or irreversibly debilitating diseases or conditions”. Such a designation does not mean the device is approved by the FDA.

Neuroscience experts say that while Neuralink’s mission to read and stimulate brain activity in humans is feasible, the company’s timeline appears overly ambitious.

“Everyone in the field would be very impressed if they actually showed data from a device implanted in a human,” said Graeme Moffat, a University of Toronto neuroscience research fellow.

Small devices that electronically stimulate nerves and brain areas to treat hearing loss and Parkinson’s disease have been implanted in humans for decades.

Neuroscientists have also conducted brain implant trials with a small number of people who have lost control of bodily functions due to spinal cord injuries or neurological conditions such as strokes. Humans in those trials could control robotic limbs or small objects, such as a computer keyboard or mouse cursor, but have yet to complete more sophisticated tasks.

Notably, Musk, who has been a frequent source of misinformation about coronavirus in recent months and fought to keep his factories open during the pandemic, did not wear a face mask during his presentation, despite being in a room with dozens of employees, a camera crew and veterinary staff. He eventually put on a mask during a question and answer session.