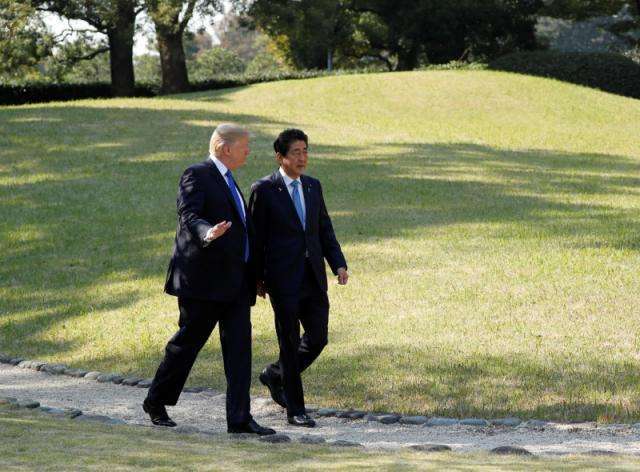 The two men spoke at length, and Trump told Abe he had done a “fantastic job” and that the relationship between their two countries was stronger than it has ever been, White House spokesman Judd Deere said in a statement.