Europe is learning to deal with coronavirus spikes, says WHO 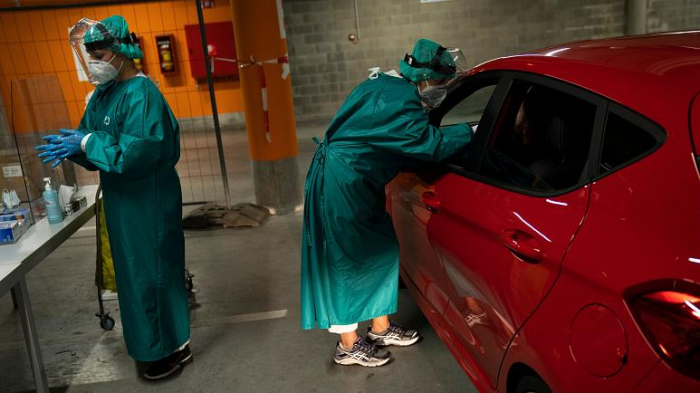 The World Health Organization (WHO) has pointed to “encouraging signs” that countries in Europe are able to deal with coronavirus outbreaks, despite the increase in cases since lockdown measures were lifted.

At a WHO media briefing, Bruce Aylward, Senior Advisor to the Director-General, highlighted the “tremendous” knowledge, capacities and skill sets that now exist to counter upswings in cases, which have been built up since the height of the pandemic in Europe in March.

“Europe has learned how to identify, isolate, quarantine,” he said.

“It’s also identified how to put in place the individual measures so we’ve already seen in some areas of Europe a very rapid reversal in what were some rapidly increasing curves.

“So I think that while we cannot be complacent, there are some encouraging signs already that even these initial upswings can be turned around much more rapidly than they were in the spring, because of the knowledge skills capacities that have been built.”

Dr Tedros Ghebreyesus, the Director-General of the WHO, said there were four key steps that needed to be taken to reduce transmission and allow for the safe reopening of societies.

Preventing amplifying events, which are linked to large gatherings of people for example at stadiums, night clubs, and places of worship. He insisted there are ways to hold gatherings safely in some places.

Reduce deaths by protecting vulnerable groups - such as the elderly, people with underlying health conditions, and essential workers. This will reduce stress on health systems.

Individuals must do their part, by following guidance related to social distancing, hand washing, and wearing a mask.

Fourth, governments must take tailored actions to find, isolate, test and care for cases and trace and quarantine contacts.

“This may seem like an impossible balance - but it’s not. It can be done, and it has been done. But it can only be done if countries are in control of the transmission.”

‘Cracks in our health systems’

Dr Ghebreyesus also highlighted the difficulties health systems around the world have been facing since the start of the pandemic.

A WHO survey based on 105 countries’ reports suggested 90% of countries experienced disruption to their health services.

Low and middle-income countries reported the greatest difficulties, he added, with knock-on effects on routine and elective services as well as critical care such as cancer screening and treatment and HIV therapy.

Potentially life-saving emergency services were disrupted in almost a quarter of the countries that responded.

“The survey shines a light on the cracks in our health systems, but it also serves to inform new strategies to improve healthcare provision during the pandemic and beyond,” said Dr Ghebreyesus

“COVID-19 should be a lesson to all countries that health is not an ‘either-or’ equation. We must better prepare for emergencies but also keep investing in health systems that fully respond to people’s needs throughout the life course.”