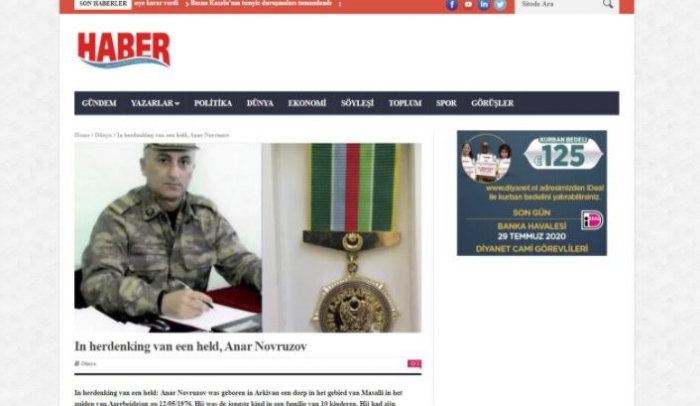 The Netherlands' haber.nl portal published an article about a military officer, Major of the Azerbaijani Armed Forces Anar Novruzov, who heroically died during the prevention of military provocations of the Armenian army in the direction of Azerbaijan’s Tovuz district, the Azerbaijani State Committee on Affairs with Diaspora told AzVision.az.

The article was written by Emil Aliyev, an employee of the Coordination Council of the Netherlands-Belgium Azerbaijanis, and a member of the council, Head of the International Azerbaijani Ladies Club Kamala Ceylinova.

The article provides detailed information about the life journey of Anar Novruzov and his 25-year military career.