All schools reopen in Wuhan, ground zero for COVID-19 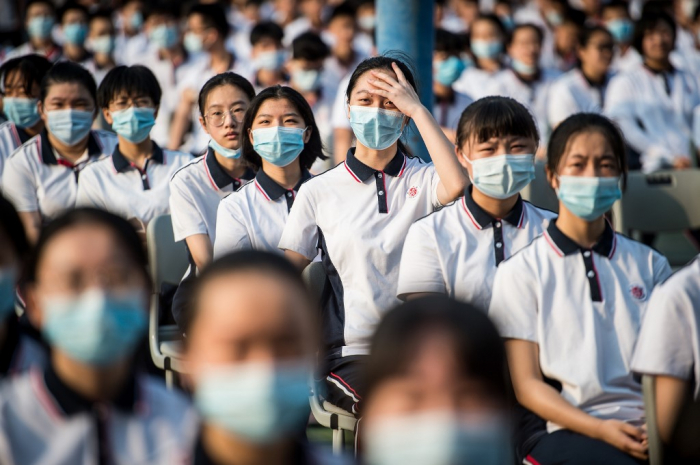 Students in face masks returned to class Tuesday in Wuhan, the central Chinese city where the coronavirus first emerged last year, as the city opened schools and kindergartens for the first time in seven months, AzVision.az reports citing AFP.

Nearly 1.4 million students resumed classes at some 2,800 kindergartens, primary and middle schools across the city, following the re-opening of high schools in May.

State media broadcast images of thousands of students hoisting the Chinese flag -- a daily routine at all public schools -- despite warnings to avoid mass gatherings.

Schools have drawn up plans to switch back to online teaching should new outbreaks emerge, city officials said last week.

Students were advised to wear masks to and from school and avoid public buses or trains if possible.

Schools were also ordered to conduct drills and training sessions to help prepare for new outbreaks.

Official figures show Wuhan accounted for 80 percent of China's more than 4,600 coronavirus-related deaths and was under a strict lockdown for more than two months from late January.

China has now largely controlled the spread of the virus, and schools across the country -- which were closed in late January -- have gradually re-opened.

Shanghai re-opened schools in May, and the capital city Beijing, which recently suffered from a local outbreak of the virus, said it will resume all schools including kindergartens in September.

China has not reported any new local transmissions of the coronavirus in recent days.