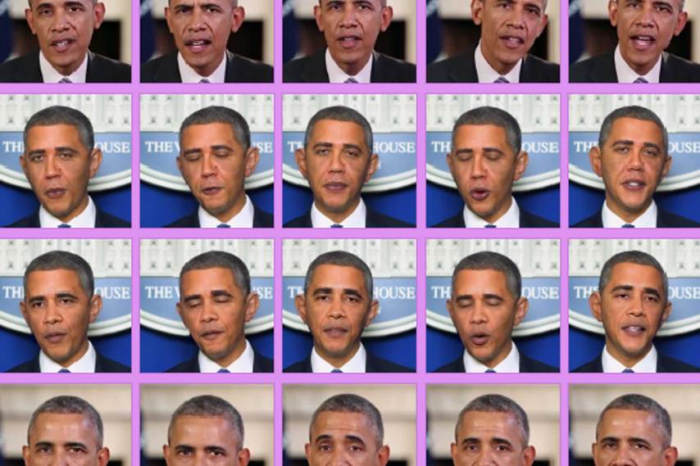 Microsoft has developed a tool to spot deepfakes - computer-manipulated images in which one person's likeness has been used to replace that of another.

The software analyses photos and videos to give a confidence score about whether the material is likely to have been artificially created.

The firm says it hopes the tech will help "combat disinformation".

One expert has said it risks becoming quickly outdated because of the pace at which deepfake tech is advancing.To address this, Microsoft has also announced a separate system to help content producers add hidden code to their footage so any subsequent changes can be easily flagged.

Deepfakes came to prominence in early 2018 after a developer adapted cutting-edge artificial intelligence techniques to create software that swapped one person's face for another.

The process worked by feeding a computer lot of still images of one person and video footage of another. Software then used this to generate a new video featuring the former's face in the place of the latter's, with matching expressions, lip-synch and other movements.

Since then, the process has been simplified - opening it up to more users - and now requires fewer photos to work.

Some apps exist that require only a single selfie to substitute a film star's face for that of the user within clips from Hollywood movies.

But there are concerns the process can also be abused to create misleading clips, in which a prominent figure is made to say or act in a way that never happened, for political or other gains.

Early this year, Facebook banned deepfakes that might mislead users into thinking a subject had said something they had not. Twitter and TikTok later followed with similar rules of their own.

Microsoft's Video Authenticator tool works by trying to detect giveaway signs that an image has been artificially generated, which might be invisible to the human eye.

These include subtle fading or greyscale pixels at the boundary of where the computer-created version of the target's face has been merged with that of the original subject's body.

To build it, the firm applied its own machine-learning techniques to a public dataset of about 1,000 deepfaked video sequences and then tested the resulting model against an even bigger face-swap database created by Facebook.

One technology advisor noted that deepfake videos remain relatively rare for now, and that most manipulated clips involve cruder re-edits done by a human. Even so, she welcomed Microsoft's intervention.

"The only really widespread use we've seen so far is in non-consensual pornography against women," commented Nina Schick, author of the book Deep Fakes and the Infocalypse.

"But synthetic media is expected to become ubiquitous in about three to five years, so we need to develop these tools going forward.

"However, as detection capabilities get better, so too will the generation capability - it's never going to be the case that Microsoft can release one tool that can detect all kinds of video manipulation."

Microsoft has acknowledged this challenge.

In the short term, it said it hoped its existing product might help identify deepfakes ahead of November's US election.
Rather than release it to the public, however, it is only offering it via a third-party organisation, which in turn will provide it to news publishers and political campaigns without charge.

The reason for this is to prevent bad actors getting hold of the code and using it to teach their deepfake generators how to evade it.

To tackle the longer-term challenge, Microsoft has teamed up with the BBC, among other media organisations, to support Project Origin, an initiative to "mark" online content in a way that makes it possible to spot automatically any manipulation of the material.

The US tech firm will do this via a two-part process.

Firstly, it has created an internet tool to add a digital fingerprint - in the form of certificates and "hash" values - to the media's metadata.

Secondly, it has created a reader, to check for any evidence that the fingerprints have been affected by third-party changes to the content.

Microsoft says people will then be able to use the reader in the form of a browser extension to verify a file is authentic and check who has produced it.

Photo and video manipulation is crucial to the spread of often quite convincing disinformation on social media.

That was the case with a recent manipulated video of US Presidential candidate Joe Biden, which has been viewed over two million times on social media.

The clip shows a TV interview during which Biden appeared to be falling asleep. But it was fake - the clip of the host was from a different TV Interview and snoring effects had been added.

One thing is for sure, more ways to spot media that has been manipulated or changed is not a bad thing in the fight against online disinformation.