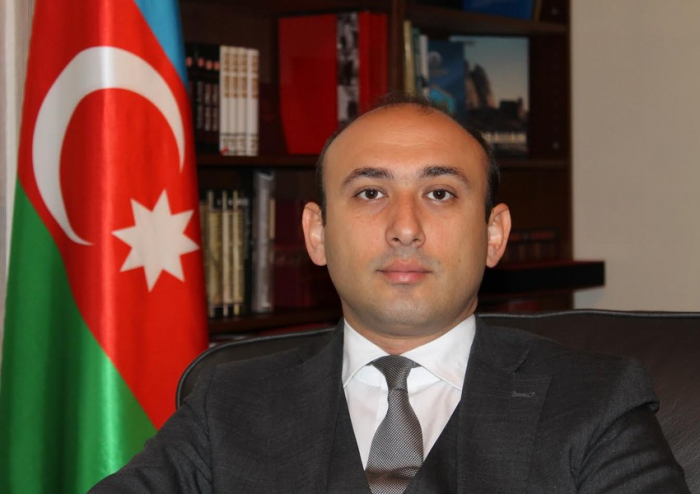 It is better for the Armenian community of Italy to focus on the deplorable internal political processes in Armenia rather than holding a low-standard slanderous campaign against Azerbaijan, Azerbaijani ambassador to Italy, Mammad Ahmadzade said, AzVision.az reports.

The ambassador's article entitled "The conflict can only be resolved through the restoration of Azerbaijan’s territorial integrity", published in various Italian newspapers, in particular Politicamente corretto, L'Opinione, Notizie Geopolitiche, Sicurezza internazionale, Sardegnagol, Kmetro0, Giornale Diplomatico, triggered a reaction from the Armenian community of Italy.

While sending the letters of protest on behalf of the "Council of the Armenian Community of Rome" to the media outlets, which published the article, the senders made poor judgments intended to distract the Italian public from Armenia's military aggression against Azerbaijan.

In this regard, each of the media outlets (Notizie Geopolitiche, Giornale Diplomatico, Politicamente corretto, Sardegnagol), published the letter of the council, in addition to publishing a response letter from the Azerbaijani ambassador to Italy.

In the letter, the Azerbaijani ambassador expressed gratitude to these media outlets for the attention shown to the processes in the region, as well as conveying clear information about the situation in the region to the Italian readers by publishing the ambassador's article and stressed that the truth can only be revealed this way.

As for the attempt to "respond" to the ambassador’s article by the "Council of the Armenian Community of Rome", the Azerbaijani diplomat said that this structure did not provide weighty arguments for denial of the aggressive foreign policy of Armenia and they intentionally tried to divert public attention with a derogatory campaign against Azerbaijan. This attitude is another example of the recognition of the fact that Armenia is the aggressor, and Azerbaijan is the party that has been subjected to aggression.

The diplomat recommended this structure to focus on the regrettable internal political processes in Armenia, instead of a defamatory campaign against Azerbaijan.

"The tenure of the first president of Armenia has been remembered in the history by Armenia's military aggression against Azerbaijan, the death of thousands of people, war crimes, crimes against humanity, which plunged the region into one of the most severe political and demographic crises in modern history,” Ahmadzade added.

“Later, the first Armenian president, realized that this situation led Armenia to deep crisis and saw the only way out in achieving peace with Azerbaijan. He was later overthrown by a criminal military junta,” the ambassador said.

“This junta, led by Armenia's second and third presidents, whose hands were stained with the blood of Azerbaijani civilians during the military aggression against Azerbaijan, during its 20-year rule brought the country to the brink of destruction,” Ahmadzade said.

“In such a deplorable situation, the current prime minister, who seized power, taking advantage of the discontent and protests of people, created a revolutionary dictatorship in the country,” the diplomat said.

“The current prime minister, who quickly declared war to all his political opponents, the judiciary, the media and non-governmental organizations, is said to be involved in various scandals related to financial and economic fraud and crimes,” Ahmadzade said.

“Armenia’s another military provocation, committed against Azerbaijan on July 12, was also directed by Yerevan’s regime to divert attention from the deplorable internal political situation inside Armenia,” Ahmadzade said.

"Unable to correctly assess the processes in the region, the Armenian organizations abroad have turned Armenia into a hostage of their personal ambitions by their harmful actions,” the diplomat said.

“If the Armenian diaspora cares about the future of the Armenian people and wants to see Armenia as a stable, developed and prosperous country, it must first encourage it to normalize relations with its neighbors as the future of Armenia, which does not have internal resources, depends on normal relations with all its neighbors and, in particular with Azerbaijan,” the diplomat said.

“For this purpose, Armenia must, first of all, withdraw its armed forces from the occupied Azerbaijani territories," Ahmadzade said. “The Armenian community must understand that to send financial donations to Armenia from time to time does not mean love.”

"Neither these financial donations nor the concealment of Armenia's mistakes by holding a slanderous campaign against Azerbaijan will solve the country's problems,” the diplomat added. “The fact that today Armenia remains poor and is going through severe political, economic and social crises is directly related to its military aggression against Azerbaijan.”

“If this policy does not change, regardless of who is in power, the situation in Armenia will only get worse," Ahmadzade said.

As for the "Appeal to Armenia and Azerbaijan to sit down at the negotiating table and find a peaceful solution to the problem instead of waging an armed conflict and making claims to each other in the press" in Giornale Diplomatico newspaper, which published a letter by the Armenian side, the Azerbaijani diplomat said that Azerbaijan is committed to the peaceful settlement of the conflict despite the military occupation of 20 percent of its territory for almost 30 years.

“Our goal is to conduct the substantive, results-oriented negotiations, achieve the settlement of the conflict,” the diplomat said. “However, Armenia’s goal is to prolong negotiations and maintain the status quo.”

“We welcome the editorial office's call for the rapid settlement of the conflict, but this call must be addressed not to Azerbaijan, but to the party that occupied its territory," the Azerbaijani ambassador said in a reply letter.