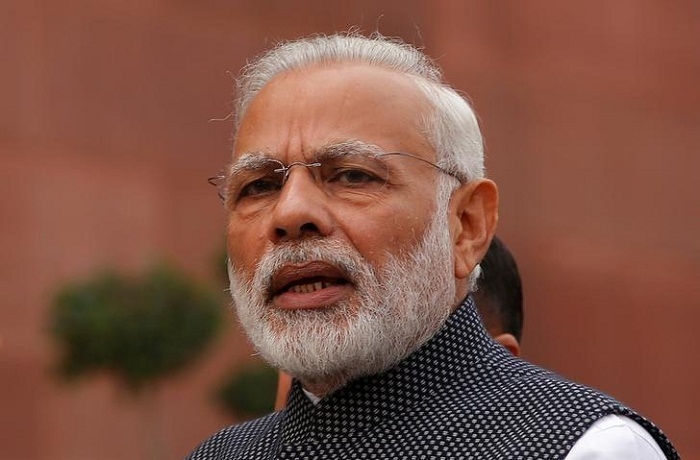 A series of tweets were sent from the account asking followers to donate cryptocurrency to a relief fund.

Twitter said it was aware of the activity and had taken steps to secure the compromised account.

This is the latest high-profile security breach after similar attacks in July on US presidential hopeful Joe Biden and Tesla founder Elon Musk.

"We are actively investigating the situation. At this time, we are not aware of additional accounts being impacted," a Twitter spokeswoman told the BBC in an emailed statement.

The tweets, which have now been taken down, asked followers to donate cryptocurrency to the PM National Relief Fund.

Less than two months ago Twitter said 130 accounts were targeted in a major cyber-attack of celebrity accounts. But only a "small subset" of those 130 accounts had control seized by the attacker.

The security breach saw accounts including those of Barack Obama, Elon Musk, Kanye West and Bill Gates tweet a Bitcoin scam to millions of followers. The FBI was called in to investigate.

The apparent scam spread to mainstream celebrity accounts such as Kim Kardashian West and those of corporations Apple and Uber.

Attackers were able to bypass the accounts' security because they had gained access to Twitter's own internal administration tools.

Cryptocurrencies are extremely hard to trace and the account the cyber-criminals used had quickly been emptied.