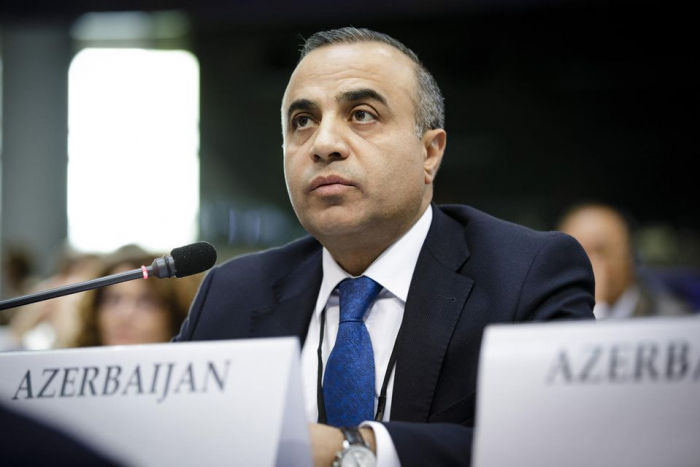 Bureau members of the Parliamentary Assembly of the OSCE (OSCE PA) expressed their concern over the resettlement of Lebanese of Armenian origin to the Nagorno-Karabakh region of Azerbaijan by Armenia and the intensification of the Armenian provocations against Azerbaijan in the recent months,  AzVision.az reports citing the press release of the OSCE PA.

OSCE Parliamentary Assembly’s President  George Tsereteli addressed the issues related to the recent escalation of the conflict over Nagorno-Karabakh, the continuous illegal borderization in Georgia, as well as the situation in eastern Ukraine.

Also, the members exchanged views over the PA’s engagement on Nagorno-Karabakh conflict resolution, unrest in the United States, the COVID-19 situation, economic recovery, and avenues for engagement with Belarus.

Regarding heightened tensions between Azerbaijan and Armenia, the OSCE PA Vice-President Azay Guliyev touched on the letters he has sent to President Tsereteli and several Heads of OSCE PA Delegations seeking support for a just resolution to the Armenia-Azerbaijan conflict in accordance with principles of international law and the 1975 Helsinki Final Act. He also raised concerns about alleged attempts by Armenia to resettle Lebanese of Armenian origin to the Nagorno-Karabakh region, following the recent explosion in Beirut.