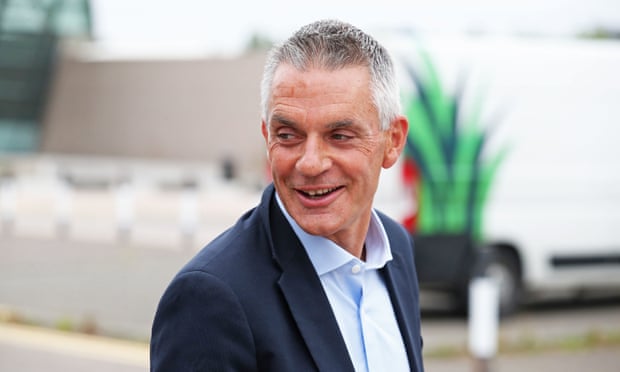 Tim Davie is to crack down on staff posting their views on social media in a drive to restore the view of the BBC as impartial and raised the question of cutting the corporation’s programming budget by up to a fifth.

The new director-general said the BBC had to focus on impartiality to address accusations of bias from politicians on both sides of the political divide.

“If you want to be an opinionated columnist or a partisan campaigner on social media then that is a valid choice, but you should not be working at the BBC,” he said in a speech to staff at the BBC’s office in Cardiff. We urgently need to champion and recommit to impartiality. In the age of fake news, social media campaigns, echo chambers of opinion, and noisy partisan media outlets, this, surely, is our time.

“Importantly, it is not simply about left or right. It is about being free from political bias. This is more about whether people feel we see the world from their point of view. Our research shows that too many perceive us to be shaped by a particular perspective.”

Davie also said that there would be a crackdown on stars using their status at the BBC to make money working for private companies, saying there would be “clearer direction on the declaration of external interests”.

Davie also raised the prospect of a significant cut to the corporation’s output, saying that it had reached the peak of growth on traditional linear TV.

“We are surrounded by global players with monster budgets,” he said. “We must pick our battles carefully and make sure we get the biggest bang for limited bucks. We have been too slow to stop things that don’t work. I want us to consider what we would do if we could only make 80% of our current hours.

“What would we stop? We have no short-term plans to shut channels or radio networks. But I do think this moment marks the end of linear expansion for the BBC. The evidence is unequivocal: the future of a universal BBC can no longer be taken for granted. We have no inalienable right to exist. We are only as good as the value we deliver our audiences, our customers.”

One of the key issues Davie is facing is the future of the licence fee as a funding model and, ultimately, what will replace it when the current royal charter ends in 2027.

Davie said that he did not believe in a Netflix-style subscription model for the BBC. “We could make a decent business out of it,” he said, “and I suspect it could do quite well in certain postcodes, but it would just make us another media company serving a specific group.”