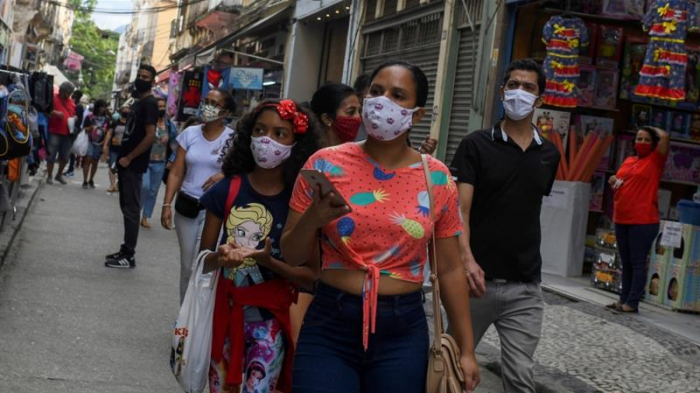 Since the first case came to light on February 26, the South American colossus has registered more than 4.04 million infections and over 124,600 deaths, second only to the United States.

The health ministry said the number of infections were slightly reducing in recent days, amid hopes that the pandemic had peaked following months when the daily average of deaths was over 1,000.

Since the end of August, Brazil has averaged around 870 Covid-19 fatalities with 40,000 new infections a day.

“This is the beginning of what we hope is in fact an improving trend,” said Mauricio Sanchez, an epidemiologist at Brasilia University.

However, he warned the trend was “very timid” and said the slowdown in cases should be maintained for two or three weeks to be able to draw any firm conclusions.

However, in such a vast, continent-sized country, the national curve could be skewed by what was in effect “27 different epidemics”, he said, referring to Brazil’s states.

Brazil has recorded a death rate of 589 per million inhabitants but there is a huge difference between the figures in the north (746) and the south (309.)

Paulo Lotufo, professor of epidemiology at the University of Sao Paulo, said the numbers suggest that Brazil could be on the verge of improvement.

“In the last two months, we have seen a curve that mixes regions that are increasing, with others that are decreasing,” said Lotufo, pointing to spikes in the south and center-west, while cases were falling in the cities of Sao Paulo and Rio de Janeiro, as well as in the north.

The experts warned the situation could suddenly worsen again if local and regional governments gave in to pressure from business groups to reopen the economy too soon and if social distancing measures were abandoned.

Last Sunday, the beaches of Rio de Janeiro were crowded with people without masks.