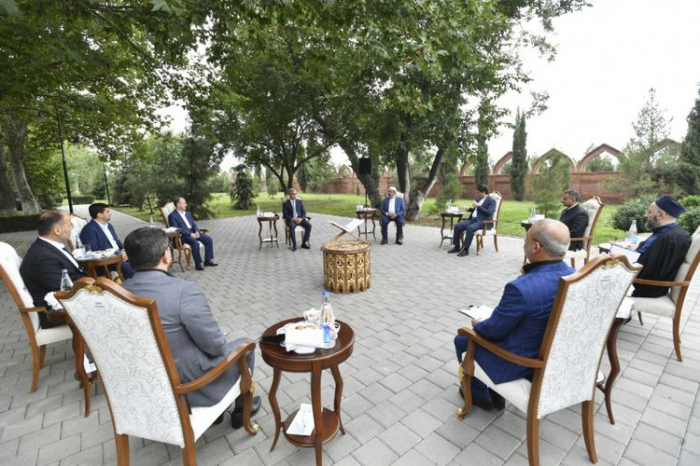 Assistant to the President of Azerbaijan Anar Alakbarov has met with a group of religious figures in the religious complex Imamzade in Ganja city.

The presidential assistant noted that state-religion relations were formed in a new format during the years of independence, adding that a special attention was paid to religion at the state level in Azerbaijan. He mentioned that although the religion is separated from the state in Azerbaijan, the state always supports this area. 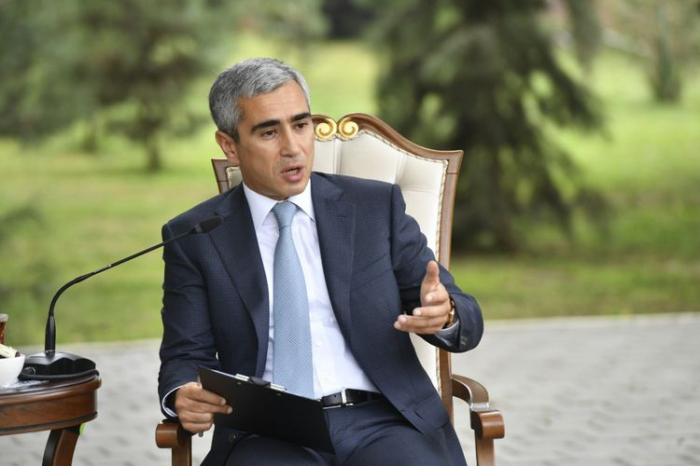 The assistant to the president emphasized that the state-religion relationship in Azerbaijan are built on a sound basis which is one of the key priorities of the state policy in the country. He also noted that Azerbaijan was a multi-ethnic, multi-confessional country, where representatives of all religions and ethnic groups have always lived like one family in peace, friendship, and mutual understanding.

Anar Alakbarov said Azerbaijan's achievements in this field had been highly appreciated by the world community. “The first and second Summits of World Religious Leaders held in Baku and declaration of 2017 as a Year of Islamic Solidarity in Azerbaijan, as well as all other related events were a manifestation of our success in the area of religious tolerance,” the presidential assistant said. 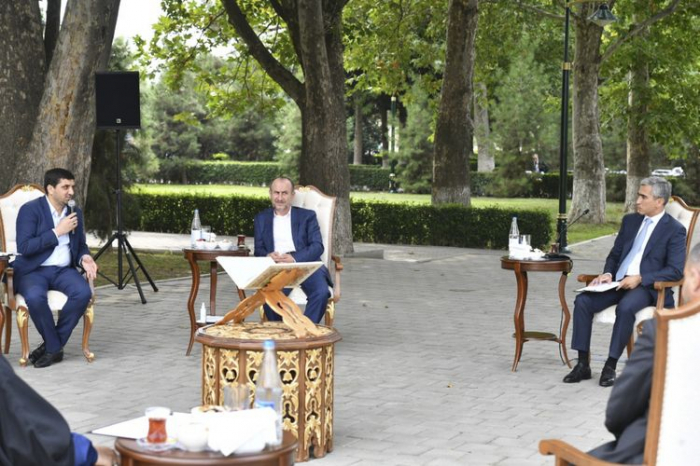 Anar Alakbarov also highlighted the construction and restoration of mosques, as well as opening of new ones in almost all regions of the country. He noted that all this once again demonstrates that we should not forget our historical past and future generations should be more attached to national and spiritual values.

The presidential assistant also hailed the conditions created for the activities of religious communities in Azerbaijan and particularly emphasized the fruitful activity of the Heydar Aliyev Foundation headed by First Vice-President Mehriban Aliyeva in this regard. 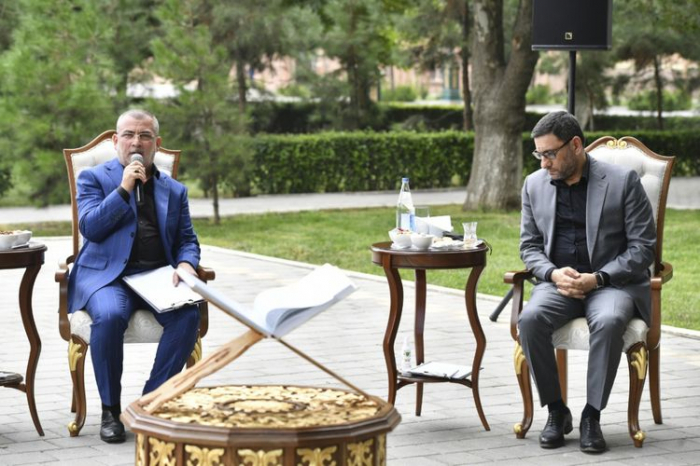 Anar Alakbarov also touched upon the impacts of COVID-19 pandemic on the lives of believers.

During the meeting the religious figures shared their views and proposals, noting the importance of holding such discussions.

The speakers highly appreciated the government’s attention to religion and religious figures in Azerbaijan. 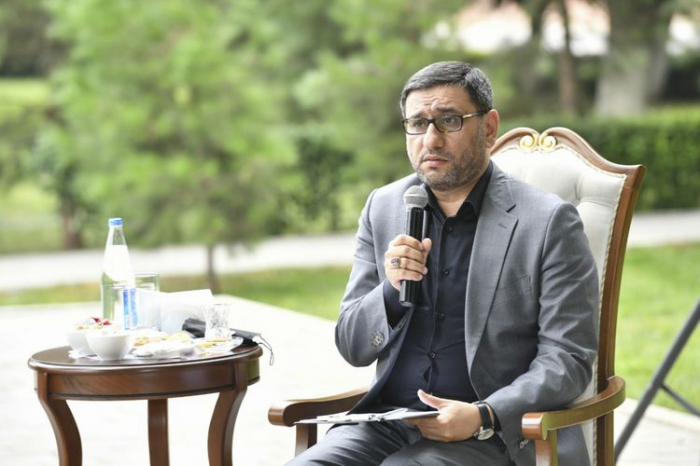