China suspends renewal of press cards for some US journalists 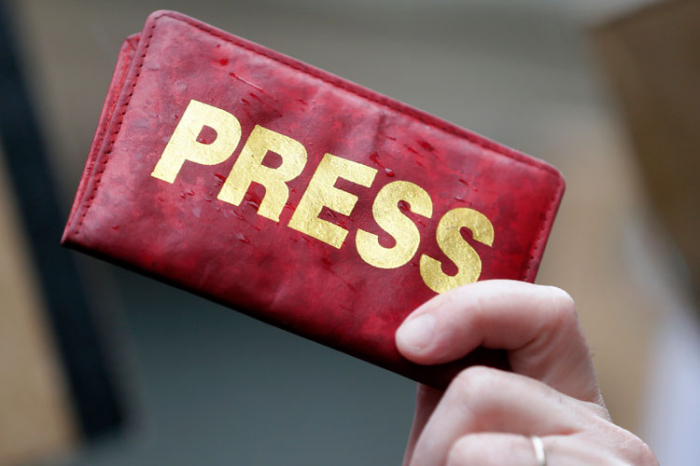 China has reportedly suspended full renewal of press accreditation for some journalists at U.S. media outlets in apparent retribution for Washington's targeting of Chinese reporters working in the United States.

The moves are the latest manifestation of the deteriorating state of U.S.-China relations that have fallen to their lowest level in decades.

Atlanta-based CNN said in a story on its website that China correspondent David Culver was among those told of the new arrangement while applying to renew his foreign ministry-issued press credentials.

CNN said he was given a letter authorizing him to continue reporting for the next two months instead of the usual one-year press card. He was told the move was unrelated to his reporting but was merely a reciprocal measure in response to the actions of the Trump administration toward Chinese media.

There was no immediate response from China’s foreign ministry.

CNN and The New York Times reported that other U.S. media have also been targeted. China’s move comes after the U.S. capped the number of Chinese citizens who could be employed by some Chinese media outlets at 100 and placed all on 90-day visas.

China first responded in March by expelling reporters from The New York Times, The Wall Street Journal and The Washington Post. Those affected have been both U.S. and non-U.S. citizens.

The U.S. moves were fed by complaints that Chinese journalists working for state media acted more as propagandists and agents for the Communist Party than as genuine reporters. The U.S. had already required those outlets to register as foreign entities with the U.S., similar to consulates and embassies.

They also come against the backdrop of worsening U.S.-China relations on a range of issues, including human rights, trade, technology, Taiwan, Hong Kong, the South China Sea and Chinese treatment of its Muslim minority in the northwestern region of Xinjiang.