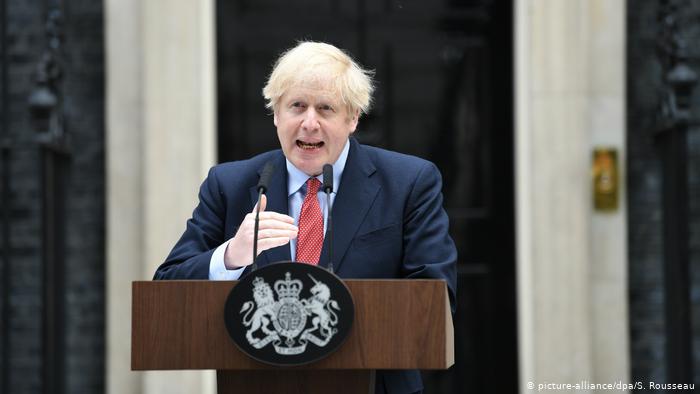 British PM Boris Johnson has said that the UK will quit trade talks with the EU if an agreement is not reached by October 15. He argued that Britain would "prosper mightily" even in case of a "no-deal" Brexit.

UK Prime Minister Boris Johnson on Sunday set a deadline of October 15 for a free trade deal with the European Union, after which Britain would walk away from the post-Brexit negotiations if the two sides failed to reach a deal.

"There needs to be an agreement with our European friends by the time of the European Council on October 15 if it's going to be in force by the end of the year," he said in remarks released by his office.

"There is no sense in thinking beyond that point. If we can't agree by then, then I do not see that there will be a free trade agreement between us, and we should both accept that and move on," Johnson said.

The British leader's warning comes ahead of a crucial round of post-Brexit negotiations which are to resume in London on Tuesday.

Brussels had previously indicated that any trade deal with the UK will have to be reached by mid-October, given the need for translation and ratification by the European Parliament.

The UK formally left the EU on January 31 this year, three-and-a-half years after the country narrowly voted to leave the bloc in a politically divisive referendum.

A status-quo transition period following its formal departure ends on December 31. Until then, the UK is bound by EU rules as it negotiates the terms of its future relationship with the bloc, its largest trading partner.

The talks have stalled with each side accusing the other of intransigence. Among the key sticking points are European access to UK fishing waters and state aid to industries. Britain wants full autonomy over both.

UK's chief negotiator David Frost said that Britain was not scared of a "no-deal" Brexit and promised no compromise on London's red lines, in a newspaper interview published on Sunday.

Johnson said that in case of a no-deal Brexit, the UK would "prosper mightily" even if it had "a trading arrangement with the EU like Australia's," which he argued would still be a "good outcome."

Australia trades with the European Union under World Trade Organization rules and tariffs.

"As a government we are preparing, at our borders and at our ports, to be ready for it," the prime minister said. "We will have full control over our laws, our rules, and our fishing waters," he said.

"We will of course always be ready to talk to our EU friends even in these circumstances ... Our door will never be closed, and we will trade as friends and partners — but without a free trade agreement."

Johnson did not rule out a deal altogether, saying that if the EU were to rethink its current position, an agreement would still be possible.

"But we cannot and will not compromise on the fundamentals of what it means to be an independent country to get it," he said.