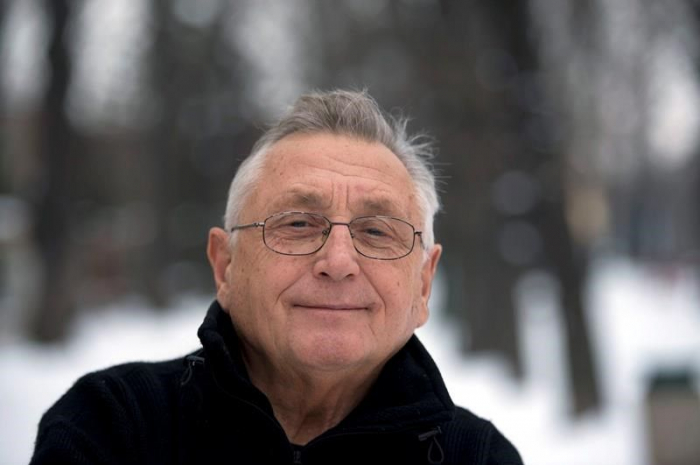 Jiri Menzel, a Czech director whose 1966 movie “Closely Watched Trains” won the Academy Award for the best foreign language film has died. He was 82.

Menzel’s wife, Olga, announced his death late Sunday, saying he died the previous day. No details were given. Three years ago, Menzel underwent a brain operation and was kept in an artificially induced coma for several weeks after it.

“Dearest Jirka, I thank you for each and every day I could spend with you. Each was extraordinary,” his wife said on Facebook.

Menzel made some 20 movies and was one of the leading filmmakers of the new wave of Czechoslovak cinema that appeared in the 1960s. His movies represented a radical departure from socialist realism, a typical communist-era genre focusing on realistically depicting the struggles of the working class.

Unlike colleagues such as Milos Forman, Jan Nemec and Ivan Passer, Menzel didn’t emigrate after the 1968 Soviet-led invasion of Czechoslovakia.

“Closely Watched Trains” was his first feature movie. Based on a novel by Czech author Bohumil Hrabal, it tells the story of a dispatcher’s apprentice coming of age at a small train station during the Nazi occupation in World War II.

His next collaboration with Hrabal, “Larks on a String” in 1969 was another tragicomic description of life under a totalitarian regime, this time under communism.

The movie was immediately banned by the communist authorities. After the 1989 anti-Communist revolution led by Vaclav Havel, it won the Golden Bear award at the Berlin international film festival.

His 1985 comedy “My Sweet Little Village” was nominated for the Academy Award for best foreign film.

A graduate of Prague’s Academy of Performing Arts in 1962, he was also known for directing plays and also as an actor.

Among other awards, Menzel received the French Order of Arts and Literature.