President Ilham Aliyev: This is a crime not only against us, but the entire Muslim world 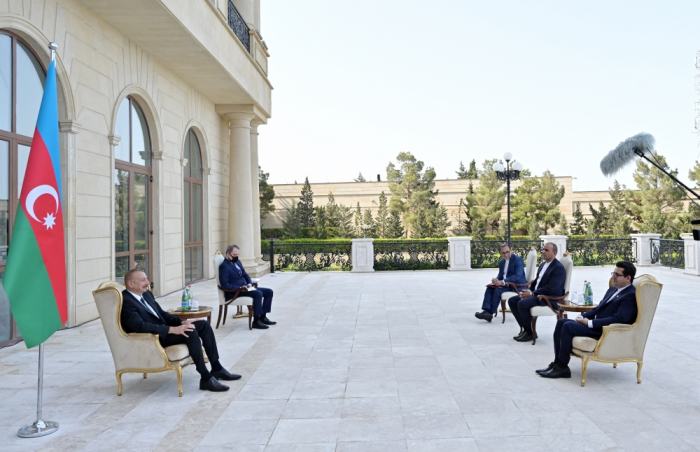 As reported earlier, President of the Republic of Azerbaijan Ilham Aliyev today accepted the credentials of the newly appointed Ambassador Extraordinary and Plenipotentiary of the Islamic Republic of Iran to Azerbaijan Seyyed Abbas Mousavi.

AzVision.az presents some excerpts from the remarks of President Ilham Aliyev at the meeting.

“We have had more than 10 meetings with President Rouhani over the past few years. A number of issues discussed and decisions made during these meetings have brought our countries closer together. Many documents covering almost all areas have been signed.”

“We always support each other's position in international organizations. We always show solidarity within the UN, the Non-Aligned Movement, the Organization of Islamic Cooperation, the Economic Cooperation Organization (ECO). About two months ago, following yet another act of military aggression on the part of Armenia against Azerbaijan, the Non-Aligned Movement and the Organization of Islamic Cooperation adopted resolutions supporting the position and just cause of Azerbaijan and condemning the actions of Armenia. The Islamic Republic of Iran as an active member of these two organizations has once again shown its support for Azerbaijan by joining this position.”