Khashoggi killers get 20 years in prison 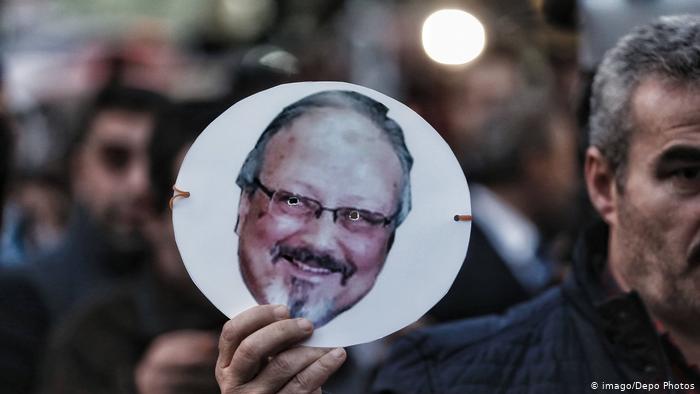 Saudi Arabia sentenced five people to 20 years in prison over the murder of dissident reporter Jamal Khashoggi. Another suspect received a 10-year jail term, while two others were ordered to serve seven years in prison.

Saudi Arabia has sentenced five people to 20 years in prison for the murder of journalist Jamal Khashoggi, reducing the initial death sentences handed out in 2019.

The verdicts issued by the Riyadh Criminal Court against the eight Saudi nationals brings an end to the case of the slain Washington Post columnist and Saudi critic Khashoggi.

Another person received a 10-year sentence, while two others were given seven-year jail terms.

The kingdom initially tried 11 people in December of last year, sentencing five to death and ordering three others to lengthy prison terms for attempting to cover up the crime.

The trial, however, had concluded that the murder was not premeditated, paving the way for Salah Khashoggi, one of the slain journalist's sons, to announce in May of this year that the family had forgiven his killers, which essentially allowed them to be pardoned from execution in accordance with Islamic law.

Salah Khashoggi lives in Saudi Arabia and has received financial compensation from the royal court for his father's killing.

Outspoken critic of the Saudi regime

The Saudi Arabian dissident fled his homeland in September 2017 in the wake of a crackdown Crown Prince Mohammed bin Salman was beginning to unleash on human rights activists and those critical of his kingdom. He then made his home in the United States.

Khashoggi subsequently penned newspaper articles critical of Prince Mohammed and was particularly vocal in his disapproval over the Saudi-led intervention in Yemen.

On 2 October 2018, Khashoggi entered the Saudi consulate in Turkey, to obtain marriage papers, but was never seen leaving.

According to Turkish authorities, a team of Saudi nationals, including a forensic doctor and intelligence officers, flew into Istanbul and met Khashoggi at the consulate. They then killed him and dismembered his body, which has still not been found.

Riyadh said the murder was a "rogue" operation, but both the CIA and a United Nations special envoy have since blamed Prince Mohammed for the killing. The oil-rich kingdom strongly refutes the charge.