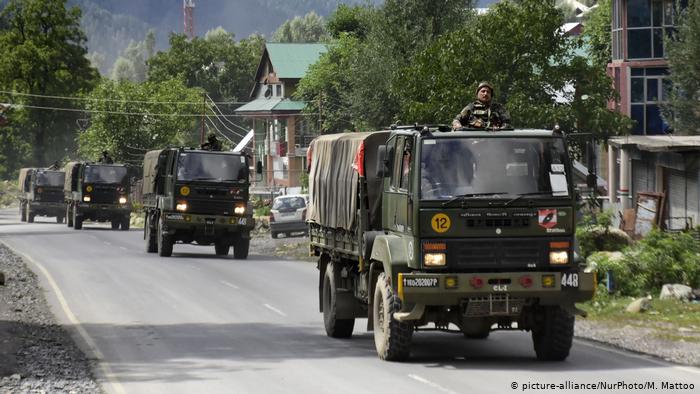 China has accused Indian troops of crossing the countries' border and firing warning shots, saying its troops were forced to take "countermeasures." Tensions on the disputed border have been higher than usual this year.

China said on Tuesday that Indian forces committed a "serious military provocation" and violated bilateral agreements by crossing into territory China holds along the pair's disputed border and firing warning shots into the air.

Chinese border guards took what was described as "countermeasures" to stabilize the situation, according to Zhang Shuili, spokesman for the military's western command theatre, in a statement published by the military's official news site. The statement did not clarify what those countermeasures involved or whether Chinese troops used their weapons.

Both sides have observed a longstanding protocol in their border dispute not to use firearms in the high-altitude border area in the Himalayas.

That helped explain a violent nighttime clash involving fist fighting and stone-throwing on June 15, in which India reported 20 casualties including a colonel, and after which China eventually acknowledged suffering losses of its own. The two countries have re-positioned troops and traded accusations of missteps since then. 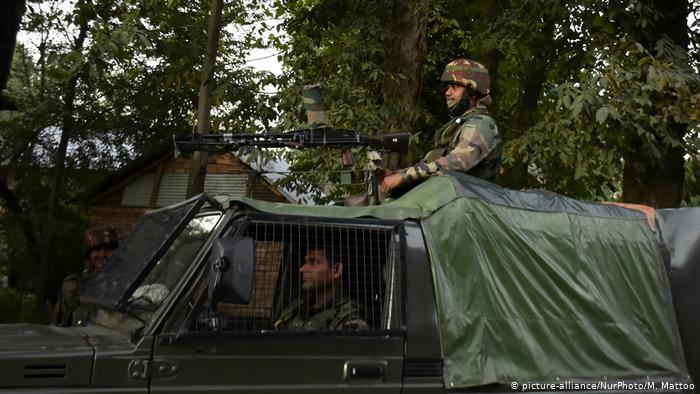 Only a small central segment of the roughly 4,000-kilometer (2,500-mile) border between India and China is undisputed. The two neighbors fought a 1962 border war which ended in an uneasy truce and negotiations on formalizing their frontiers have been stalled since the 1990s.

The Ladakh region, until recently a semi-autonomous part of Indian-administered Kashmir, is among the particularly sensitive segments. India changing its status in August 2019, separating it from Kashmir and making it a federal territory in its own right, further strained ties with Beijing.

Meanwhile, on Monday, India's army formally asked its Chinese counterpart whether five missing civilians were in its custody. The missing persons hail from the Indian state of Arunachal Pradesh, territory China claims as "southern Tibet," and the Indian Army said it told China's People's Liberation Army about them on Saturday.

"We spoke with them on the hotline and told them that it's suspected that some people have crossed across to your side and we will be grateful if you could hand them over back, as per what we normally do," Lieutenant Colonel Harst Wardhan Pande, a spokesman for India defense forces, told Reuters on Monday.