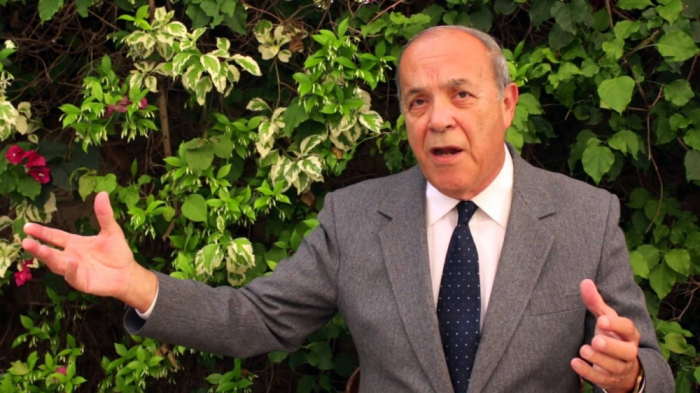 American journalist Raoul Lowery Contreras dedicated the September edition of his radio program “The Contreras Report” to Armenia’s latest military provocation against Azerbaijan, recent Russian weapons deliveries to Armenia, the notorious Armenian lobby's anti-American activities, the July 21 assaults by Armenian radical dashnaks on Azerbaijani-Americans in Los Angeles and other issues. Contreras is the author of the books “Murder in the Mountains: War Crime in Khojaly and the Nagorno-Karabakh Conflict” and “The Armenian Lobby and U.S. Foreign Policy”.

In the program, Contreras states that Armenian armed forces launched an unprovoked attack in the northwestern part of Azerbaijan on July 12, 2020, killing 15 Azerbaijani soldiers and a 76-year-old civilian and destroying residential areas. He underlines that this military provocation was perpetrated not in the occupied territories of Azerbaijan, but far away from that region, along the Azerbaijan-Armenia international border.

Highlighting the history of the radical Armenian Dashnaks in the United States, the host speaks about the Dashnaks’ pro-Nazi past, emphasizing that radical Dashnak ideology is continued today by their main lobbyist arm - the Armenian National Committee of America (ANCA). Contreras notes that ANCA has over the years manipulated some U.S. politicians into taking positions damaging U.S. national interests.

Speaking about the Russia-Armenia relations, Contreras notes that Russia has a large military base in Armenia and that the Russian military guards Armenia’s borders and airspace. Moreover, talking about Russia's recent massive weapons deliveries to Armenia, the host stresses that Azerbaijan has officially complained to Moscow about these arms shipments.

Furthermore, Raoul Contreras states that on July 21, 2020, led by ANCA, thousands of radical Armenian Dashnaks, who came to protest in front of the Consulate General of Azerbaijan in Los Angeles, violently attacked peaceful Azerbaijani-American counter-protestors and injured several of them. He says that the Los Angeles Police Department (LAPD) is investigating the entire incident as a hate crime. Contreras also notes that immediately after the incident, Los Angeles Mayor, as well as several influential American Jewish organizations, such as the Simon Wiesenthal Center, the American Jewish Committee, the Israeli-American Council and the Anti-Defamation League condemned these violent assaults.