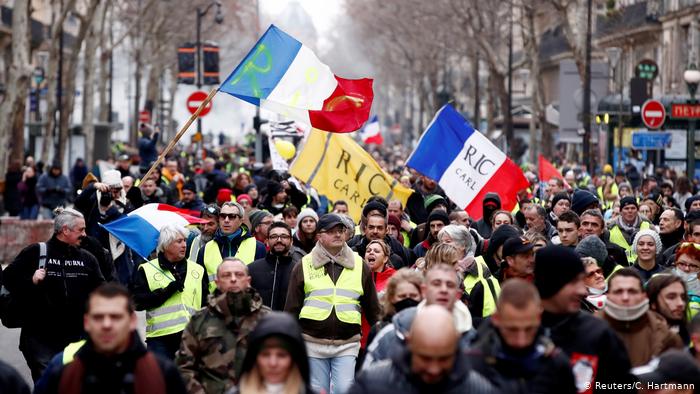 Police have banned a planned demonstration in Paris by the “Yellow Vests” anti-government movement this weekend, on the grounds it could result in public disorder.

In a statement on Thursday, police said they were also banning the “Yellow Vests” from gathering in parts of the capital such as the Champs-Elysees, the parliament building and Notre-Dame Cathedral.

Protesters have been circulating messages on social media, urging people to assemble in Paris this Saturday for a demonstration, even though there are bans on mass gatherings as a result of the COVID-19 pandemic.

The protests, named after the yellow high visibility jackets French drivers have to keep in their cars and which have been worn by demonstrators, began in November 2018 after public anger against fuel tax rises.

Those taxes were subsequently scrapped but the movement has lingered on and morphed into a broader anti-government protest.

A “Yellow Vests” demonstration on Dec. 1, 2018, resulted in some of the worst unrest Paris had witnessed in decades.