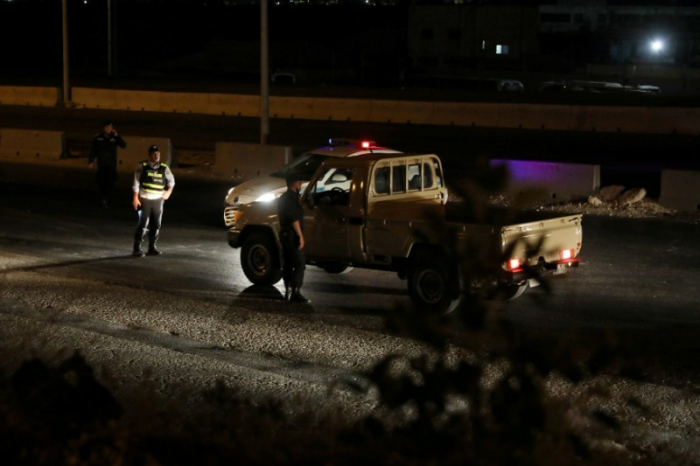 Jordan said a series of massive explosions that hit the city of Zarqa early on Friday was likely caused by an electric short circuit at a nearby army munitions depot.

There were no immediate reports of casualties from the explosions which took place in the desert east of Jordan’s second-largest city, the government and the army command said.

Huge orange flames lit the desert night sky and could be seen as far away as the capital Amman, 35 kms (22 miles) to the southwest.

“We felt like an earthquake had struck. Our windows shook and glass shattered. My kids started crying,” said Zarqa resident Nabila Issa, a housewife and mother of five children.

Security forces sealed off Zarqa, a sprawling industrial city of 1.5 million people, and prevented traffic from leaving or entering. Journalists wanting to travel through Zarqa to the blast site about 10 kms to the east were prevented from doing so.

The desert area where the explosions took place houses several major U.S.-equipped army bases including an airfield built in 2018. Jordan’s location makes it an ideal logistics and supply hub for the Unites States, including for the U.S. military’s garrison at Tanf in southeastern Syria.

“Initial investigations show that the explosion was caused by an electric circuit in army ammunition depots that are in an isolated and unpopulated area and under camera surveillance,” government spokesman Amjad Adailah said.

Adailah said mortars stored at the facility were old and not usable but an army source said on condition of anonymity that some of the weapons at the site were precision-guided anti-aircraft missiles.

The army command declined to comment on the cause of the explosions, saying it was under investigation.

U.S. officials say that military aid to Jordan helps to build the kingdom’s defensive capabilities as part of a wider regional strategy.