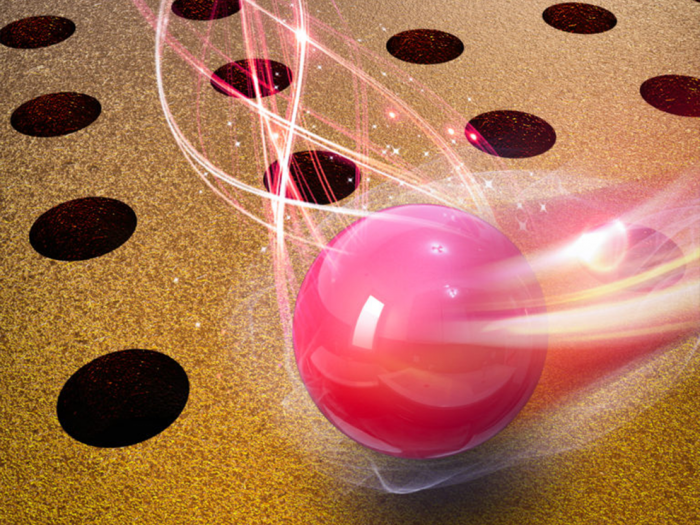 Scientists have created what they claim is the first-ever “opto-thermo-electrohydrodynamic tweezers” – laser tweezers that can be used to move single proteins, the Independent reported.

These tiny tweezers make it easier for researchers to better understand our DNA and other biological molecules, the researchers at Vanderbilt University in Tennessee said.

Laser tweezers are able to move tiny objects, but still have limitations.

Generally, optical tweezers can only focus their lasers to approximately half their wavelength.

Red light, for example, has a wavelength of 700 nanometers, and so can only manipulate objects that are 350 nanometers wide.
Watch more

While this means they are capable of moving small molecules, they cannot move viruses, which are approximately 100 nanometers, or DNA and proteins that measure under 10 nanometers.

Moreover, laser tweezers also expose the particles to comparatively intense heat and light which can damage the molecules, but the scientists developing this new tool say that it can be avoided.

“We have developed a strategy that enables us to tweeze extremely small objects without exposing them to high-intensity light or heat that can damage a molecule’s function,” said Justus Ndukaife, assistant professor of electrical engineering at Vanderbilt University.

“The ability to trap and manipulate such small objects gives us the ability to understand the way our DNA and other biological molecules behave in great detail, on a singular level.”

Prior to the development of this tool, molecules such as extracellular vesicles (particles released from a cell which carry proteins and acids) could only be isolated using  high-speed centrifuges – and at a high monetary cost.

The researchers claim that this new technology could be available to scientists on smaller budgets.

They also say that the tweezers can be used to sort objects based on their size, able to distinguish cancerous particles from between 30 to 150 nanometers.

Other applications of the nanotweezers could include trapping viruses so they can be studied, and researching proteins that cause Alzheimer’s disease.

The tweezers are apparently able to capture low levels of molecules – meaning the disease can be studied before it reaches its peak.

The research has been published online in the journal Nature Nanotechnology, authored by Ndukaife and his students, Chuchuan Hong and Sen Yang.