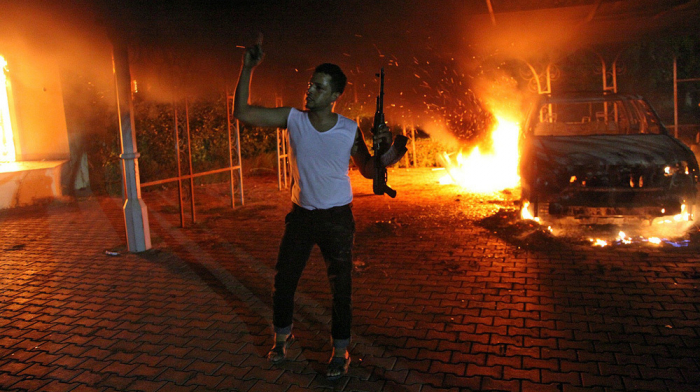 The rival government in eastern Libya has submitted its resignation after a number of protests over deteriorating living conditions and corruption.

At the weekend demonstrators in the city of Benghazi set fire to the government's headquarters.

They also clashed in strongman Gen Khalifa Haftar's stronghold of Al-Maj for the first time.

Libya has been torn by violence since long-time ruler Col Muammar Gaddafi was deposed in 2011 by Nato-backed forces.

A spokesman for Gen Haftar said the administration backed peaceful protests but would not allow "terrorists and the Muslim Brotherhood" to hijack them.

Until now, protests against the situation in Libya have focused largely on the capital, Tripoli, home to the UN-recognised Government of National Accord (GNA).

A ceasefire between Libya's parallel governments was announced last month.

In early May, a leaked UN report said that hundreds of mercenaries from the Wagner Group - run by Yevgeny Prigozhin, a close associate of President Putin - were operating in Libya.

Gen Haftar is also backed by the United Arab Emirates and Egypt, while the GNA enjoys the support of Turkey, Qatar and Italy.

Libya has the biggest reserves of oil and gas in Africa.

It was partially lifted last month to allow the sale of oil already stored in terminals, but not the production of fresh supplies.