U.S. ambassador to China Branstad to retire next month 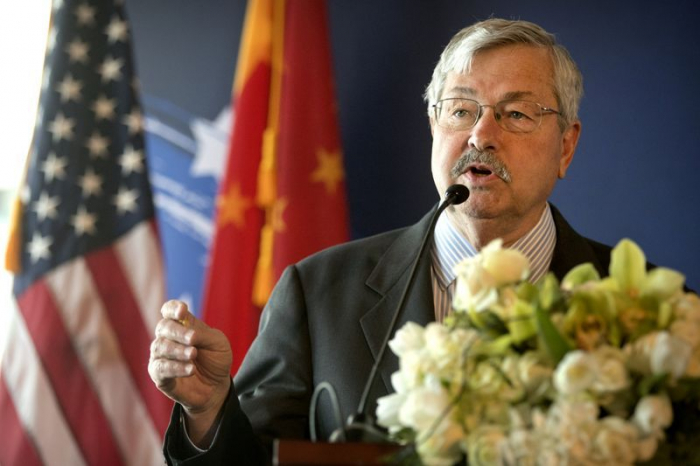 U.S. Ambassador to China Terry Branstad will retire and leave Beijing early next month, the embassy said on Monday.

Branstad, 73 years old and a former governor of Iowa, leaves at a time when relations are strained, notably over bilateral trade, allegations about information security, and the coronavirus pandemic.

"I thank Ambassador Terry Branstad for his more than three years of service to the American people as U.S. Ambassador to the People's Republic of China," U.S. Secretary of State Mike Pompeo tweeted.

"Ambassador Branstad has contributed to rebalancing U.S.-China relations so that it is results-oriented, reciprocal, and fair," he added.

The Chinese foreign ministry has in the past described Branstad as an "old friend of the Chinese people".

Last week, the United States and China traded attacks about who best understands press freedom after the official People's Daily refused to publish an article by Branstad.