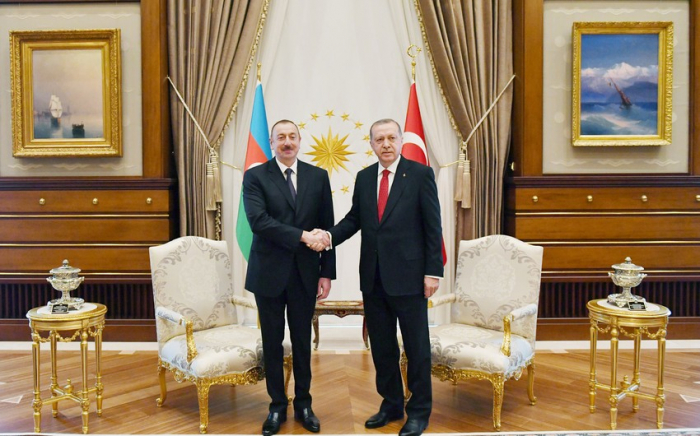 Noting that the Caucasian Islamic Army under the leadership of Nuru Pasha had liberated Baku from Armenian and Bolshevik occupation together with the Azerbaijani National Army and volunteers, the head of state said the martyrs who gave their lives in the battles were commemorated with deep respect and their memory would always live in the hearts of our people.

President Ilham Aliyev noted that he had sent a congratulatory letter to President Recep Tayyip Erdogan on this significant event. The head of state noted that 15 September was still celebrated as an example of devotion to the memory of our ancestors. In this regard, events are being held in Baku and various regions of Azerbaijan.

The heads of state stressed that the two countries had always stood by each other and supported each other in all matters.

The military parade held two years ago on the occasion of the 100th anniversary of the liberation of Baku was also pointed out during the telephone conversation. The presidents recalled with pleasure their watching the military parade with the participation of Azerbaijani and Turkish soldiers. The sides hailed the fact that the relations between the two countries had risen to an even higher level.

During the conversation, the presidents discussed prospects for developing cooperation between Azerbaijan and Turkey in various fields.