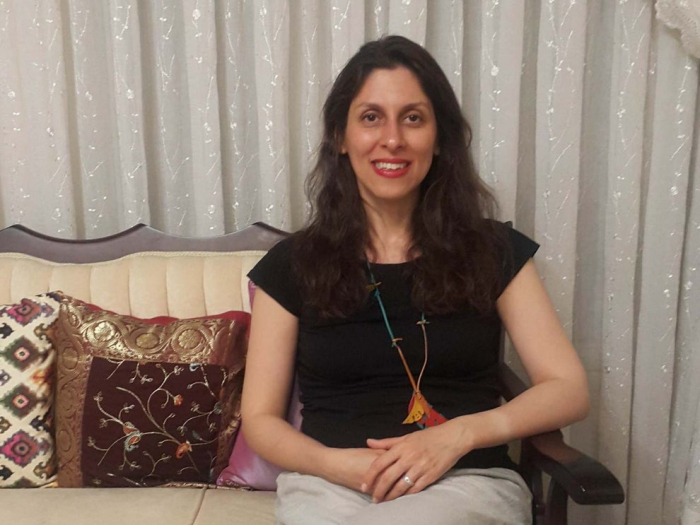 A “groundless” new trial of British-Iranian aid worker Nazanin Zaghari-Ratcliffe, on shock charges brought by Tehran this week, has been postponed at the last minute with no future date set, her husband has said.

The former BBC employee, who has been imprisoned in Iran for four years over allegations of plotting to overthrow the regime – which she denies – was hauled up before a revolutionary court on Tuesday and told she would face fresh charges at a trial on Sunday.

Her lawyer was given mere days to prepare for the trial, which could have seen the 42-year-old imprisoned for another 10 years on charges of spreading anti-government propaganda, according to her husband.

There appeared to be no new evidence in the case, which Tehran dropped in December 2017, after a visit from the then-foreign secretary Boris Johnson, but reopened in May 2018.

Richard Ratcliffe – who believes the charges are further evidence his wife is being used as “political leverage” in a fiscal dispute over a botched UK-Iran arms deal struck in the 1970s – confirmed on Sunday that the trial had been cancelled at the last minute.

“People should not underestimate the level of stress,” Ms Zaghari-Ratcliffe told her husband on Sunday morning. "People tell me to calm down. You don't understand what it is like. Nothing is calm."
She added: "And this morning I just wanted to scream out loud for 10 minutes or to bang my head against the wall - just to let it out. I really can't take it any more. They have all these games and I have no power in them.

"Sometimes I am just full of anger ready to explode. I find myself hating everything in this life, including myself. There is no escape.
"I would have rather it happened today. I do not sleep at all while the case is hanging over me. This morning I wanted to get it over with - to know where I stand now rather than continue with this whole stupid game."

Having been moved to house arrest in March, when thousands of prisoners were granted clemency and released from Iranian jails during the coronavirus outbreak, the mother-of-one “woke up terrified” on Tuesday when soldiers came to take her to court, her husband said.

“The guys in the Jeep came along, Revolutionary Guards, they’re the guys that kept her and interrogated her,” Mr Ratcliffe said on Thursday.

“So she was fearing the worst, that she was being taken back to prison and had to be reassured, really, that it was actually court she was going to.”

Amnesty International UK accused the Iranian authorities of “playing cruel political games” with Ms Zaghari-Ratcliffe, and called on the UK government to make getting her home for Christmas its “absolute priority”.

“Nazanin has already been unjustly convicted once after a deeply unfair trial. It is a nonsense that she should ever have even faced a second court date,” said the human rights organisation’s director Kate Allen. “It appears the Iranian authorities are playing cruel political games with Nazanin.

“The situation has gone on long enough. Nazanin has continued to suffer in Iran away from her husband and young daughter. The UK government has had four and a half years to secure her unconditional release and has failed to do so.

“Securing Nazanin’s release should be an absolute priority. As a matter of urgency, ministers now need to step up their efforts to get Nazanin home in time for Christmas and provide a clear plan on how they will do this.”

A Foreign, Commonwealth and Development Office spokesperson said: “We welcome the deferral of this groundless court hearing, and call on Iran to make Nazanin’s release permanent so that she can return to her family in the UK.”

Mr Ratcliffe had urged UK officials to insist on attending her trial and said the situation had left his family “caught” between two governments “fighting”.

“We've always been treated in a strange, odd way and marked out as exceptional,” he said. “This second court case is doing again that, and it’s signalling again she’s being held for political leverage to push the British government to do something.

He believes that Iran is holding Ms Zaghari-Ratcliffe in order to force the UK into settling a multimillion-pound dispute dating back to the 1970s, when the Shah paid the UK £400m for 1,500 Chieftan tanks.

After he was toppled in 1979, Britain refused to deliver the remaining 1,315 tanks to the new Islamic Republic and kept the money, despite British courts accepting it should be repaid.

The postponement comes mere days after defence secretary Ben Wallace confirmed that he believed Westminster owed a debt to Tehran over the arms deal and that efforts were under way to fulfil it without breaching current sanctions on Iran.

Revealing for the first time that such efforts were being made, he wrote in a letter seen by The Guardian: “With regard to IMS Ltd and the outstanding legal dispute the government acknowledges there is a debt to be paid and continues to explore every legal avenue for the lawful discharge of that debt.”

Before he joined the cabinet, Mr Wallace was critical of the government’s long delay in settling the debt, describing it as “un-British, double-dealing and obfuscatory”.

Mr Ratcliffe said he was “heartened” by Mr Wallace’s letter, which he said was the first reply the family had ever had to letters to successive defence secretaries about the issue.

“I appreciate him responding and setting out his personal position that the IMS debt should be paid,” Mr Ratcliffe told the paper.

“I’d also like to understand at a basic level what is going on. The prime minister, the defence secretary and a lot of other ministers are all on record saying they want this solved. It is not clear, then, who can be blocking this.”