Supervisory Board of Azerbaijan Investment Holding holds another meeting 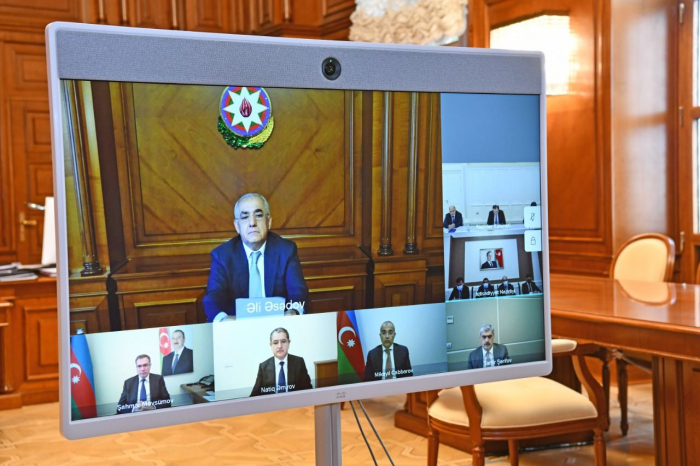 The members of the Supervisory Board took part in the meeting.

The instructions arising from the Azerbaijani president’s decree dated August 7, 2020, were thoroughly discussed during the meeting.

A report on the work carried out to organize the activity of the Azerbaijan Investment Holding was heard.

The proposals in connection with the state-owned enterprises, which will be transferred under the management of the Holding following paragraph 5.2 of the Azerbaijani president’s decree dated August 7, 2020, were discussed.

A presentation on the principles of the activity of the Holding and the creation of economic value for the state was demonstrated and the corresponding discussions were held.