In what ways ‘clicktivism’ influences the world 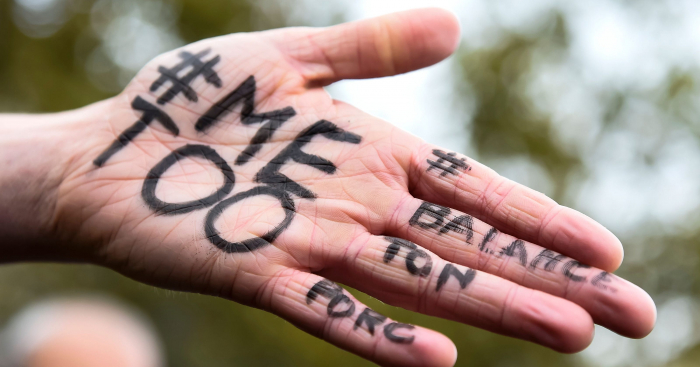 Often derided, online activism is far more effective than it first appears – but there are big differences between how the political left and right deploy it to spread ideas.

For some, it’s the laziest form of activism. On social media, “slacktivists” express their support for a cause by changing a profile image, retweeting a sentiment, or deploying a trending hashtag. The Urban Dictionary defines slacktivism as “the self-deluded idea that by liking, sharing, or retweeting something you are helping out”.

But is such slacktivism – or “clicktivism”, as it’s also known less pejoratively – really so useless? Accumulating evidence suggests that online activism is more effective than many people might assume. And recent research suggests it is deployed by the political right and left in different, often hidden, ways to spread beliefs and ideas.

Clicktivism has a bad reputation. As one commentator put it a decade ago: “clicktivism is to activism as McDonald's is to a slow-cooked meal. It may look like food, but the life-giving nutrients are long gone.” And last year, former US President Barack Obama suggested that social media activism – particularly “woke” culture – was no substitute for community organising or protest in the physical world. “There is this sense,” he said, that the way to provoke change “is to be as judgmental as possible about other people, and that’s enough. That’s not activism. That’s not bringing about change. If all you’re doing is casting stones, you’re probably not going to get that far.”

Perhaps. But as Deen Freelon and colleagues at the University of North Carolina, Chapel Hill, write in a new paper in the journal Science, many criticisms of clicktivism rest on two mistaken assumptions. “One of the biggest misconceptions is that it doesn't do anything,” says Freelon. “The second is that it somehow displaces or replaces offline activism. We know that both of these are not true.”

Evidence collected over the last decade suggests that clicktivism, in the aggregate, can be very effective in spreading little-known ideas and publicising non-mainstream notions. While one tweet or post won’t change the world, thousands of them can disseminate beliefs that will. “Clicktivism has a major effect in terms of offering movements an alternative pathway to the public,” says Freelon.

In the US and internationally, Occupy Wall Street, Black Lives Matter, #MeToo, far-right anti-immigration advocates, and the men’s rights movement have all furthered their aims through clicktivism, according to research in recent years. Meanwhile, studies suggest that people who engage strongly with politics online also do so in their offline lives. Sharing and tweeting politics on social media correlates with attending political meetings, donating to campaigns and other forms of civic engagement.

“Most truly effective activist movements in the 21st Century are multi-pronged,” says Freelon.

Clicktivism has also propagated new vocabulary, both good and bad (a subject of particular interest to the Wise Words series you are reading). For example, a decade ago the term “globalist” – an anti-semitic dog-whistle – was restricted to far-right corners of the internet. But as researchers have found through textual analysis, the online efforts of right-wing activists gradually introduced it to websites such as Breitbart, before it was eventually picked up by Fox News and even in the speeches of the current US president.

So-called hyperpartisan news sites such as Breitbart, the German Compact magazine and Swedish Nyheter Idag can act as “bridges” for once-extreme views into mainstream right-wing outlets, researchers have found. (And as BBC Future explored recently, the origin of minority ideas is often forgotten, an effect called “social cryptomnesia”.)

Intriguingly, the science suggests the right and left deploy different tactics in their clicktivism, at least in the US. While it risks some over-simplification, research to date suggests that a predominant way that left-wing activists aim to spread ideas is via hashtag activism, such as #TakeAKnee, #TimesUp, or other hashtags publicising an action or cause. Meanwhile, activists on the right – particularly the far right, which Freelon argues has grown on US social media in recent years – aim for subtler routes. It’s known as “trading up the chain” and goes like this: plant a story, opinion or idea in a small or obscure news site, or on social media, encourage followers to share it too, then hope a bigger outlet with a bigger audience picks it up, and another, all the way up to major publishers or TV networks.

Disinformation follows a similar path, according to Claire Wardle of First Draft News, a non-profit organisation set up to fight fake news. A false assertion starts on private channels like WhatsApp, before moving into online conspiracy content on Reddit or Youtube, then more open social media such as Twitter or Facebook, and then all it takes is for a credulous journalist for a major outlet to pick it up, and it reaches thousands or even millions of people.

Even if the mainstream media is only shooting down the false story, the goal is achieved. For many campaigners, “a debunk is better than nothing. It provides oxygen,” writes Wardle. After all, if more people are searching for the story that means more people discovering the campaigners’ ideas, narratives or beliefs. The researcher Whitney Phillips of Syracuse University has called this “the oxygen of amplification”.

Some activists deploy their messages hidden within viral content, easy to miss for even the most sophisticated internet user. For example, last month Marcia Allison of the University of Southern California published a paper describing how fascist campaigners have been using shareable faked animal pictures to spread their ideas. During the Covid-19 pandemic lockdowns, many false images appeared online of animals supposedly returning to uninhabited places, from Welsh sheep playing in a children’s park to dolphins swimming through the canals of Venice.

One particular group of far-right activists, called ecofascists, who hold a white supremacist, pro-environmental ideology, latched on to these images, as a way to attach their racist ideology to potentially viral content.

It was a tactic they’d used before: in their social media posts, ecofascists use apparently benign emojis such as a pine tree, an Earth and a mountain accompanied by subtle far-right dog-whistle symbols such as Norse runes and ideological hashtags. This makes it easier for milder environmentalists to inadvertently share fascist accounts and hashtags, as well as allowing disparate ecofascists to find each other. (I am not unaware that by debunking this content I risk amplifying it, but would argue that the hidden agenda justifies doing so.)

So, those who dismiss online activism as the work of slacktivists fail to understand the subtlety and power of how messages and beliefs move through the modern digital ecosystem. And there is still much unknown about how clicktivism spreads ideas through society, says Freelon. There are whole areas of discourse that researchers cannot study because they are closed off and private, such as Whatsapp groups.

But what we do know is that clicktivism can and does work – and it’s often far more sophisticated and hidden than many people realise.