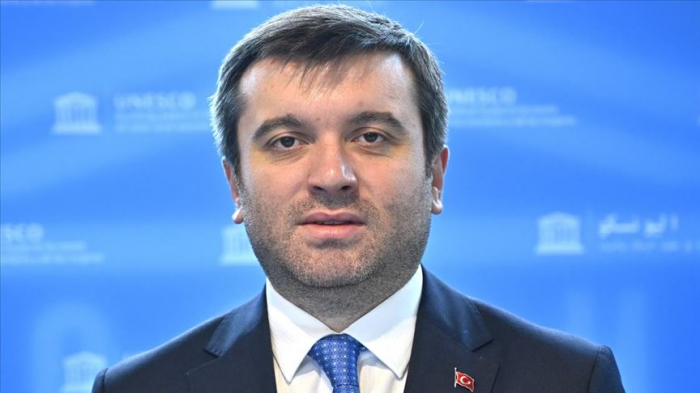 He made the remarks Wednesday during an online webinar on the theme "Regional Geopolitical Polarizations and Azerbaijan-Turkey Relations", AzVision.az reports.

The webinar was jointly organized by the Azerbaijani Center for International Relations Analysis and the Center for Strategic Research of the Turkish Foreign Ministry.

The diplomat stressed that bilateral ties have reached a multilateral level thanks to the strong leadership of the two countries’ presidents.

The Turkish diplomat also referred to the ongoing military aggression against Azerbaijan by Armenia.

“Since its establishment, Armenia has given the region nothing but pain and lawlessness,” he said.

Kiran stressed that Armenia resorts to the provocations to divert attention from its internal problems.

“Turkey is always close to Azerbaijan in terms of resolving the Armenia-Azerbaijan Nagorno-Karabakh conflict within Azerbaijan’s territorial integrity and international law. Armenia must immediately withdraw its troops from the occupied Azerbaijani territories and comply with the decisions of the UN Security Council and OSCE,” he concluded.