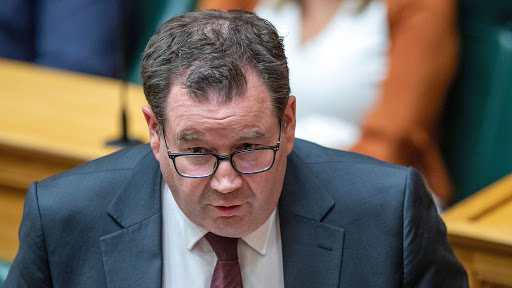 New Zealand is predicting a strong rebound for its economy in the three months that end in September, Finance Minister Grant Robertson said Friday.

The country fell into a steep recession — two consecutive quarters of negative growth — after GDP shrank 12.2% on-quarter between April to June, largely in line with the 12.8% decline that economists expected in a Reuters poll. That followed a negative 1.4% growth in the March quarter.

Between April and May, New Zealand enforced a strict nationwide lockdown for several weeks to slow the spread of coronavirus. That meant most people had to stay indoors and all non-essential businesses were shut. Infection rate in the country of around 5 million people has remained relatively low, with 1,809 cases reported and 25 deaths.

Robertson told CNBC’s “Squawk Box Asia” that the June quarter data “was to be expected” and that activity rebounded in July and August as businesses reopened and people returned to work. The virus appears to be relatively under control in the country at the moment.

“We have seen ourselves come out of that relatively well and relatively quickly. So we are expecting the September quarter results to be strong,” he said.

To help businesses tackle the fallout from the national lockdown without laying off staff, New Zealand’s government introduced a wage subsidy program that Robertson said protected 1.7 million jobs. Reports said more than 13 billion New Zealand dollars ($8.81 billion) had been paid out under the scheme.

That program is not expected to be extended further unless New Zealand is forced to reimpose strict levels of lockdown in the future.

“What we’re focused on now when our economy is operating in a relatively open way is supporting particular sectors where we have seen more exposure — for example, within our tourism industry,” Robertson told CNBC. He explained that there are schemes still in place to support people who have lost their jobs and help small businesses by providing them access to interest-free loans.

New Zealand is preparing for an election next month which could serve as another referendum on Prime Minister Jacinda Ardern’s leadership.

In its pre-election economic and fiscal update, New Zealand’s Treasury said net debt is expected to increase in the coming years which affects the long-term recovery of the Pacific nation. At the end of June, net debt was estimated to be at 27.6% of GDP and by fiscal year 2024, it is expected to rise to 55.3% of GDP.

Robertson said New Zealand’s balance sheet remains robust and that net debt will peak at the above level. He explained that the coronavirus pandemic is a “one-in-100-year” shock to the global economy where all governments are grappling with finding ways to financially support their people and businesses.

“When we are all established, we will obviously have to continue to be very careful in our fiscal management,” he said. “We have got a path forward to keep debt under control and to bring it down over time.”

“But like all governments, I have to balance that with making sure we continue to invest in our public services and health and education, which is what we need particularly in a time like this. And supporting people through the uncertainties,” Robertson added, saying that the country will be able to absorb further shocks to the economy.

In August, New Zealand’s national carrier reported its first annual loss in almost two decades and reports said it planned to draw on a NZ$900 million ($596.34 million) government loan to survive the pandemic, which has hammered the travel and tourism sectors globally.

Robertson said Air New Zealand remains a very important part of the country’s economy and plays a crucial role in its economic development. The government plans to work with the airline over the coming months for their future positioning.

“Like all airlines around the world, they are enormously challenged at the moment. They have begun to drawn down on the loan that we offered them to support them through this period of time. There’s been a significant number of redundancies within the airline as they’ve been adjusting to the much lower volumes of travelers that they’re dealing with,” he said, adding that the government intends to remain the majority shareholder in the carrier.