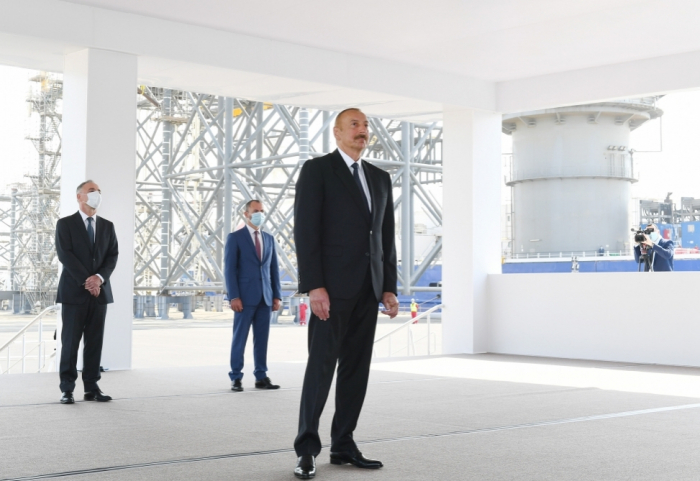 As reported earlier, on September 19, President of the Republic of Azerbaijan Ilham Aliyev attended a groundbreaking ceremony for the Absheron field offshore operations at the Heydar Aliyev Baku Deep Water Jackets Plant.

“I would like to congratulate the oil workers on the upcoming professional holiday and wish them continued success. Oil workers have always enjoyed great respect in Azerbaijan. It is still the case today, and the work of oil workers is true heroism. The profession of an oil worker is both respectable and risky, and I want to say again that their work is a real heroism. At the same time, oil workers have contributed a great deal to the successful development of our country.”

"Today, the key part of the country's economy is associated with the oil and gas sector, and this will continue to be the case for many years to come. I am not saying that other sectors are not developing, but no matter how much they may develop, they will not be able to catch up with oil and gas revenues in the near future. At the same time, our new projects such Absheron today, Garabagh a month ago and the implementation of other projects will further reinforce the important role of the oil and gas factor.”

“I have always been proud to have spent nine years of my life at the State Oil Company, and as a colleague of oil workers, I sincerely congratulate them and wish them continued success.”