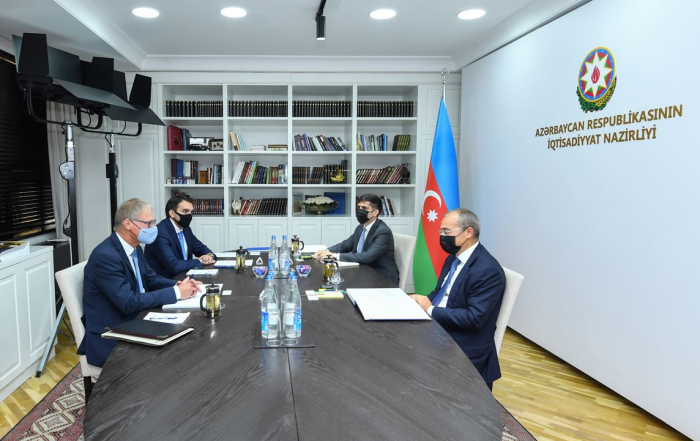 The minister made the remarks at a meeting with German Ambassador to Azerbaijan Wolfgang Manig.

“Earlier, in the Sumgayit Chemical Industrial Park, with the participation of the head of state, a Vocational Education Center was opened. The center was established using the experience of Germany, and it is important to continue cooperation in this area. German companies can take advantage of Azerbaijan's favorable investment and business environment, as well as transport and transit opportunities,” said the minister.

Jabbarov also informed the German side about the measures taken during the COVID-19 pandemic, the current economic situation, ongoing reforms, noted that the Investment Holding and the Economic Council of Azerbaijan have been created.

In turn, Wolfgang Manig noted his country's interest in developing ties with Azerbaijan and shared his opinion on the prospects for cooperation.

During the meeting, directions for expanding economic cooperation, development of ties between Azerbaijani and German companies, continued participation of managers in advanced training courses in Germany, as well as cooperation between the Federal Association of Small and Medium-sized Enterprises of Germany and the Small and Medium Business Development Agency of Azerbaijan, were also discussed.