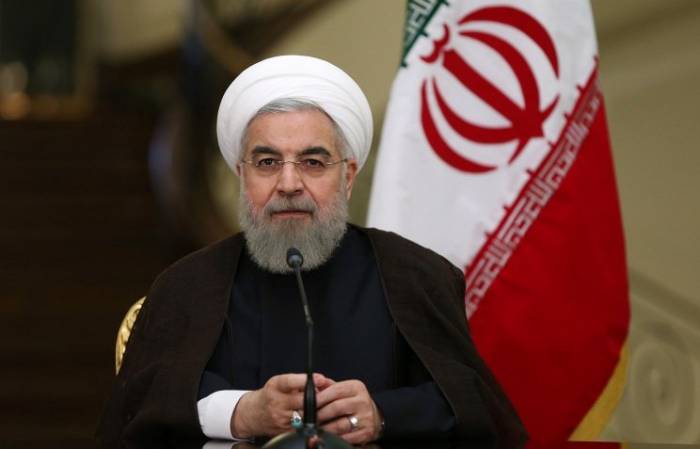 Iran's President Hassan Rouhani has said the US "faces defeat" in its move to reimpose UN sanctions on the country as European allies called the unilateral declaration legally void.

In a televised speech, Mr Rouhani said Iran would "give a crushing response to America's bullying".

The Trump administration said the measures were being reimposed under the mechanism of a deal the US has quit.

The UK, France and Germany said the US had no power to carry out such a move.
The three countries - alongside China, Russia and the US - were parties of a landmark deal signed with Iran in 2015 to curb its nuclear programme.

But President Donald Trump, a critic of the Obama-era accord, withdrew the US from it in 2018.

As a result, Iran began breaching some commitments it had made, including enriching more uranium than it should.

The US said the country should be punished, declaring that all UN sanctions that had been suspended would be reimposed - a mechanism agreed in the deal called "snapback" - and that a conventional arms embargo on Iran would no longer expire on 18 October.

But Washington's announcement has been dismissed by virtually every member of the UN Security Council, and the body has not taken the measure any further. The impact of the decision remains unclear.

On Sunday, an unnamed senior US official quoted by Reuters said that from Monday, Washington would impose sanctions on more than two dozen people and entities involved in the Iranian nuclear, missile and conventional arms programmes.