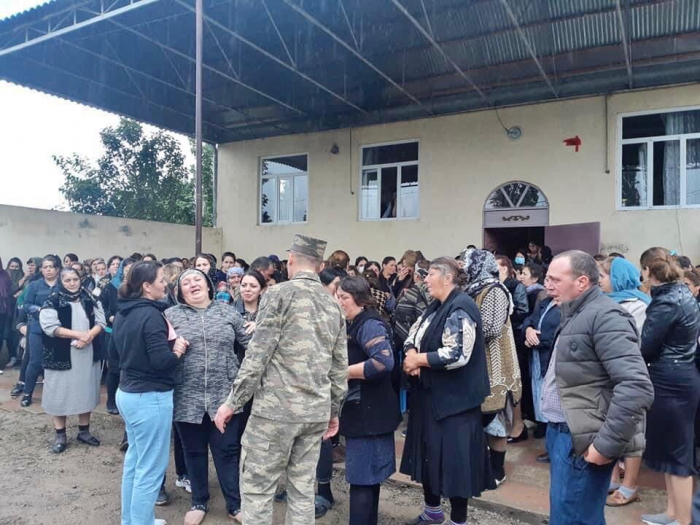 A serviceman of the Azerbaijani army martyred as a result of the Armenian provocation has been laid to rest in his hometown Tovuz, AzVision.az reports.

On September 21, at 09:20, Armenia resorted military provocation in the direction of Azerbaijan’s Tovuz district along the two countries’ border. As a result, a serviceman of the Azerbaijan Army, Junior Sergeant Elshan Mammadov was killed.