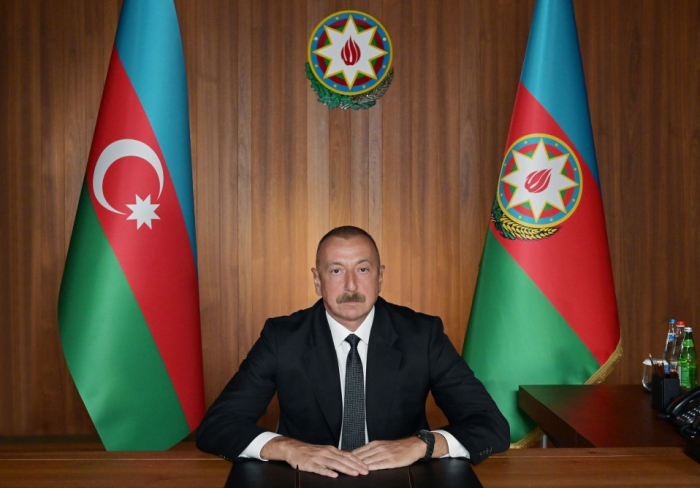 "Because of aggression against Azerbaijan, Armenia continues to face deep demographic, social and economic crisis. Regime change happened in Armenia two years ago, but fascist ideology of this failed state remains unchanged," said President Ilham Aliyev as he addressed the general debates of the 75th session of the United Nations General Assembly in a video format, AzVision.az reports.

"Human rights are massively violated in Armenia. Judges are pressured and blackmailed, journalists, opposition activists and political opponents jailed by the despotic regime. In fact, a dictatorship has been established in Armenia.

Criminal cases have been opened against two former presidents of this country. Members of parliament despite their immunity are detained.

Mher Yegiazarian, an Armenian journalist and politician died in prison following a hunger strike in January 2019. But there was no reaction from international organizations whose duty is to observe democracy and human rights worldwide. Human Rights Watch, Amnesty International, Freedom House and others turned a blind eye on inhuman and brutal actions of the despotic regime of Armenia. The reason can be that Pashinyan regime is financed and supported by Soros who sponsors many so-called human rights non-governmental organizations worldwide.

Political relations in this country have reached the point of crisis. The country has been ruled by warlords over 20 years. Incumbent political leadership continues the practice of previous regimes. There is no prospect for the development of Armenia unless the consequences of military aggression against Azerbaijan are eliminated," President Ilham Aliyev said.