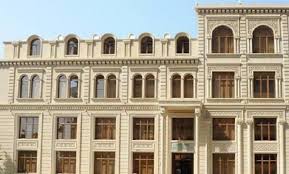 The Azerbaijani Community of Nagorno-Karabakh issued a statement on the large-scale provocations committed by the Armenian Armed Forces.

"We, as the Azerbaijani Community of Nagorno-Karabakh which has been a victim of occupation and ethnic cleansing, harshly condemn the Armenian attack and the war crimes it continues to commit. We demand the immediate withdrawal of the aggressive Armenian troops from all our occupied territories. We have been waiting for 30 years and now we want to return to our homes.

Over the past years, we have seen that the aggressive Armenian side has violated the resolutions of the UN Security Council and other international organizations and prevented to restore our violated rights.

Currently, all the responsibility for the ongoing battles on the front line falls on the shoulders of the military-political leadership of Armenia.

We offer our condolences to their families of Azerbaijani civilians and military servicemen who lost their lives during the latest attacks".