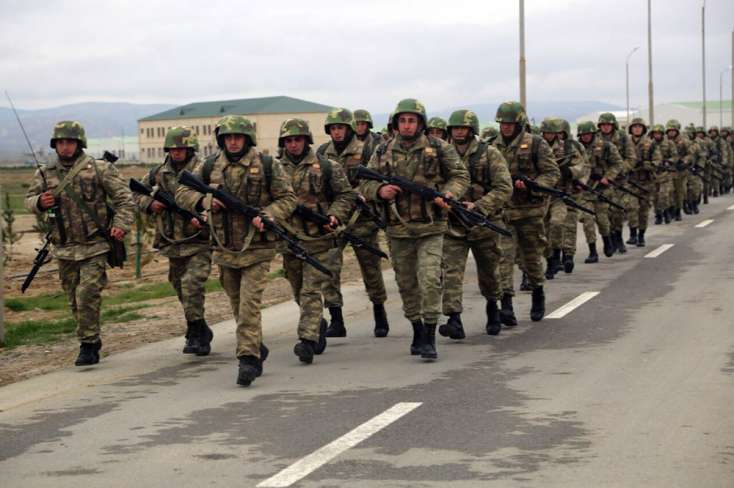 "On September 27, 2020, at around 06:00, the Armenian Armed Forces violated the ceasefire and launched a large-scale military operation to occupy new territories of Azerbaijan using large-calibre weapons, mortars and artillery of various calibres. As a result of the military aggression organized by Armenia along the entire frontline, the servicemen of the Armed Forces of Azerbaijan and civilians living in the frontline areas and their property were targeted. There are reports of civilian and military casualties. Numerous houses and civilian objects were severely damaged.

The Armenian government is not interested in resolving the 30-year-old conflict. The political authorities of Armenia are unable to solve the socio-economic problems in its domestic politics and the social difficulties caused by the epidemiological situation. The Armenian government regularly violates the ceasefire on the front line to distract the attention of its citizens from these problems and to put the internal political struggle in the background.

The militaristic statements of the Armenian Prime Minister, his failure to take a constructive position in the discussions on the peaceful settlement of the Nagorno-Karabakh conflict, and his bizarre statements such as "Karabakh is Armenia and the point" are the obstacles to the discussions.

Armenia is doing its best to keep the status quo unchanged, preventing substantive talks. Armenia wants Azerbaijan to hold talks with the so-called "Nagorno-Karabakh Republic". The Supreme Commander-in-Chief categorically rejects this, and the OSCE Minsk Group does not agree with this proposal.

The Armenian army was defeated as a result of the crushing blows inflicted by the Azerbaijani Army during the fights after the ceasefire violation by Armenia in April 2016 and July 2020. Armenia's defeat should be a lesson to him. The Supreme Commander-in-Chief has repeatedly stated that we have no political or military interests in Armenia.

Armenia's launch of large-scale military operations poses a serious threat not only to the security of the region but also to the international community. The OSCE Minsk Group, the mediating mission for the peaceful settlement of the Nagorno-Karabakh conflict, and international organizations must not remain silent in the face of Armenia's policy of aggression and take immediate political and legal measures.

The political parties operating in Azerbaijan and signing this statement unanimously support and express their support for all political and military measures taken by the Supreme Commander-in-Chief, President Ilham Aliyev to protect the territorial integrity and security of our citizens and prevent large-scale terrorist provocations against Armenia!

In such a difficult situation, we once again call on all citizens of our country and the Azerbaijanis of the world to national unity and solidarity, to contribute to conveying the true voice of Azerbaijan to the world community, and the international community not to be indifferent to Azerbaijan's struggle for historical truth and international law.

The statement signed by: