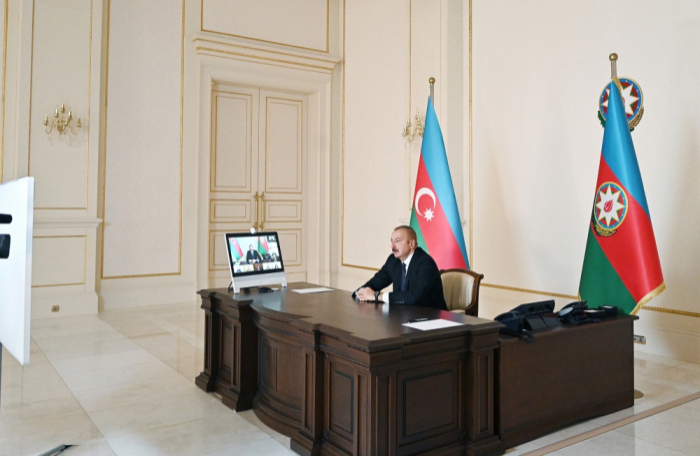 "Army building is always in the first place during my presidency. Both the servicemen and the people of Azerbaijan are well aware of this. I have always stated that we will do whatever is necessary for our army. We have established a powerful, strong-willed army. All our armed forces meet modern standards and carry out combat missions with honour, conscience and courage."

The head of the state made these remarks in his speech at the meeting of the Security Council on September 27, AzVision.az reports.

The head of state said that under the unified leadership our various armed forces are taking part in a counter-attack operation.

"Coordination between all armed forces is fully ensured. I am confident that this counter-attack operation will continue to be successful. By giving this information to the people of Azerbaijan, I want to say once again that our struggle is just and we are defending ourselves. We do not set our eyes on anyone's land, Azerbaijani armed forces have no purpose in the territory of Armenia. We will defend ourselves in our own land and liberate our occupied lands".