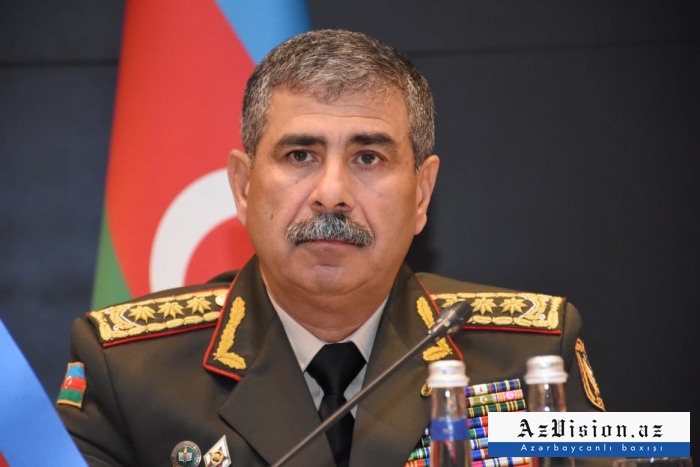 The villages of Azerbaijan’s Fizuli, Jabrayil, Tartar, and Aghdam districts were subjected to artillery fire by the Armenian armed forces on Sunday at 6:00, Azerbaijani Defense Minister Zakir Hasanov said.

Hasanov made the remarks at a meeting of the Security Council.

"There are wounded and killed among civilians, houses and infrastructure were destructed,” the minister added. “The front line of military units was bombarded. At the same time, the concentration of the Armenian armed forces from Aghdam, Fizuli, Jabrayil districts, and their preparation for the offensive was observed. Taking into account the operational situation, first of all, a report was made to the president.”

“Taking into account the operational situation, the Azerbaijani army carried out a counter-offensive operation, as a result of which the Armenian armed forces’ defense line was broken through,” Hasanov added.

“I was informed that seven villages, namely, Garakhanbeyli, Nuzgar, Yukhari Abdurrahmanli, Boyuk Marjanli, Kend Horadiz, Garvend, were liberated,” the minister said. “The Azerbaijani army is carrying out a successful counter-offensive operation in other directions, and the Armenian armed forces, suffering big losses, are retreating.”