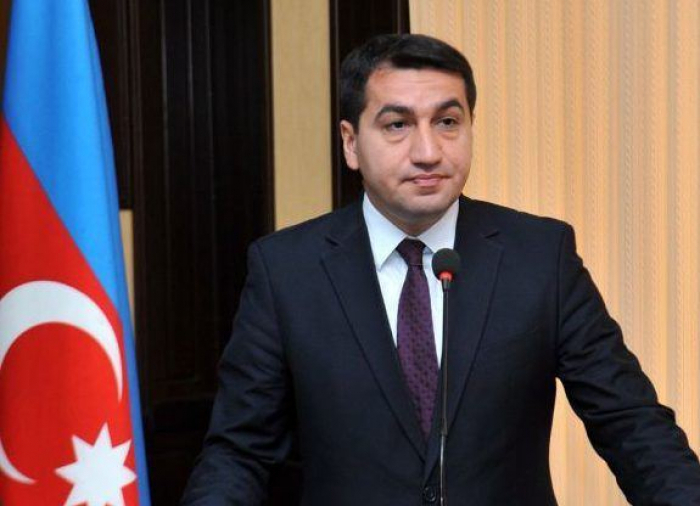 Operations along the line of contact began with attacks on civilians, Assistant to the President of Azerbaijan, Head of the Foreign Affairs Policy Department of the Presidential Administration Hikmat Hajiyev said, AzVision.az reports on September 28.

Hajiyev made the remark at a press-conference of the Azerbaijani Ministry of Foreign Affairs.

The president’s assistant said that the international community was informed about this.

“Regional tension, starting after the events in Azerbaijan’s Tovuz district, is followed by the provocations of Armenia's political leadership. Having launched a counteroffensive, Azerbaijan suppressed firing points of Armenian armed forces. Having got into a difficult situation, the Armenian army took aim at the civilian population of Azerbaijan. On September 27, as a result of artillery shelling by Armenians, five members of one family were killed in Azerbaijan’s Naftalan city. On September 28, following the shelling by Armenians, a textile shop in Tartar district where women work was damaged. Moreover, a police department in Tartar and a town for internally displaced persons were also shelled,” Hajiyev noted.