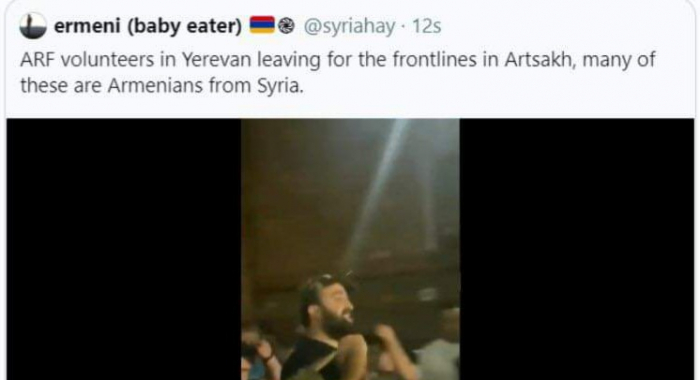 One of the Armenian social media users exposed himself on social networks and shared video reflecting their terrorist nature, AzVision.az reports.

Armenian named "syriahay" shared a video and images of Armenians brought from Syria to Armenia and Karabakh on Twitter. He wrote in the video: "Armenians and volunteers from Syria are leaving for Karabakh"

He was widely complained by other Armenian viewers for sharing the video. Therefore, he had to delete the video.

With this step, Armenia confirmed that Armenian terrorists living in Syria were brought to Karabakh.