Reuters fact-check: Images of downed helicopter were not from Armenia-Azerbaijan conflict 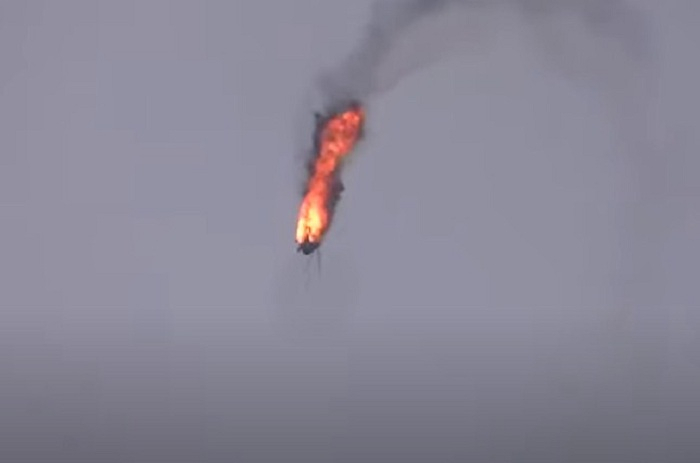 Social media posts sharing images of a helicopter engulfed in flames as it crashes out of the sky do not show an Azerbaijani aircraft being downed, AzVision.az reports citing Reuters.

The posts, from Facebook and Twitter, have attracted hundreds of reactions and retweets in less than 24 hours since they were posted online.

Both suggest the images show the downing of an Azerbaijani aircraft amid the current escalation of Nagorno-Karabakh conflict.

Similar claims were made in Facebook posts in other languages.

"The images are actually screenshots from a video showing a widely reported incident from February, in which a helicopter was downed over the town of Nairab in Syria. A high quality version of the video can be seen here and from another angle here. Verdict: False. The images do not show an Azerbaijani helicopter being downed over the weekend as they are screenshots of a video from a separate, and earlier, incident in Syria in February," the Reuters report said.